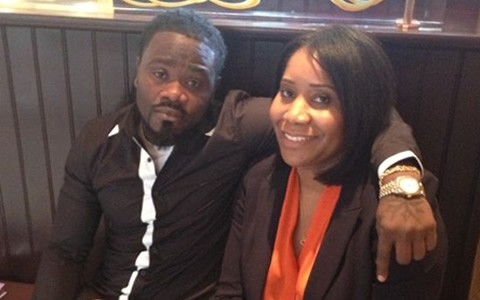 Controversial and Self-styled relationship ‘expert’,Rev Counselor Lutterodt has taken a swipe on Captain Planet.
According to him, Captain Planet can never disobey his wife because he got married to a big sister and not a wife.
Speaking on Okay FM, Counsellor Lutterodt said that Captain Planet married Uche Ofodile for ‘support’ and not out of love.

“There are some marriages that are called entrepreneurial marriage. So, there are so many marriages in this country that’s entrepreneurial marriage meaning you’re marrying for support. There are people who are marrying their producers; people who are marrying their marketers. So, if somebody has a career and you find anybody who has money and you go and marry the person, it doesn’t mean that you’re in for love. You’re in for support”

He proceeded by saying that Captain Planet is not only married to his big sister but he is also enjoying the body of an old woman.
Captain Planet, leader of the music trio, 4 X 4 got married to Uche Ofodile four years ago in a secret wedding ceremony.