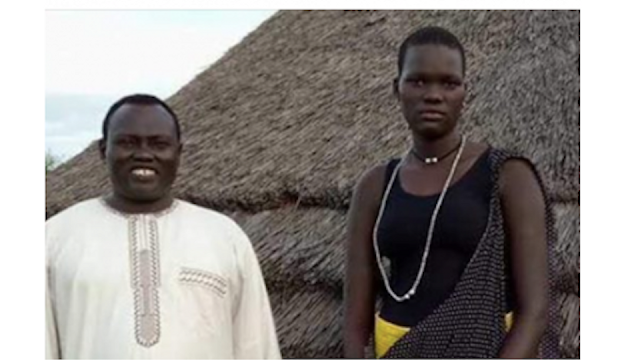 A Facebook post suggest a 16-year-old girl from South Sudan was put up for auction for marriage and given to the highest bidder who allegedly offered 530 cows, three V8 cars and $10,000.

Nyalong Ngong Deng Jalang is a 16-year-old girl from South Sudan’s Awerial country in Lakes State. But she is not just another ordinary girl. She has been auctioned online for marriage, social media posts and online reports suggest.


In one photograph posted on Facebook, she is standing next to a much older man and the text suggests five men were in competition to marry her.

Radio Tamazuj reported that one of the bidders was a government official.

“The kids of the winner are guaranteed for NBA slots,” the post read, referring to the girl’s height. However, the user appears to have since deactivated their profile.

According to Voice of America (VOA), the auction took place on Facebook, however, this has not yet been independently verified. 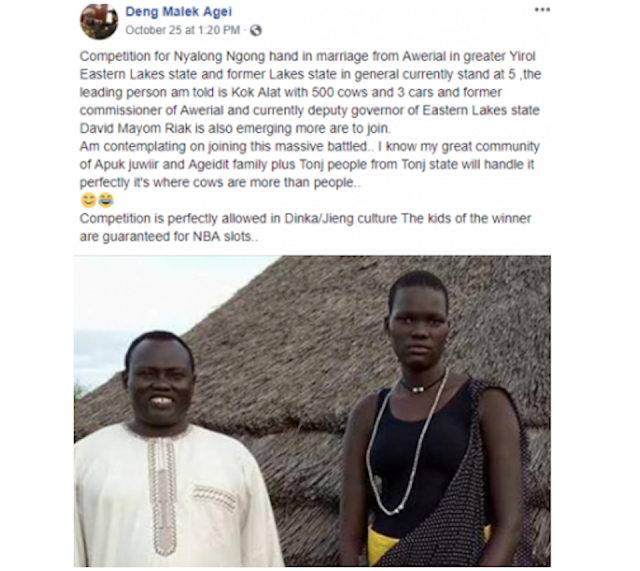 The US-based Diasporamessenger news website reports that the auction has finished and Kok Alat, the highest bidder has won. He paid 530 cows, three V8 cars and $10,000 to the father of the girl, according to social posts and media reports.

In various local media outlets, the young girl is referred to as the “virgin” and there are also Facebook comments congratulating the couple. 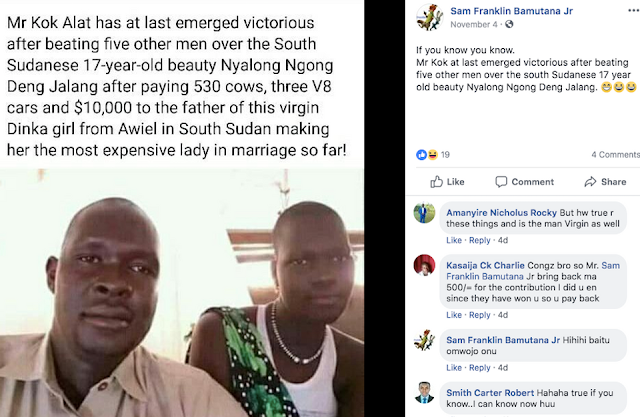 In another post, Jalang is posing with one of her future husband’s other wives.