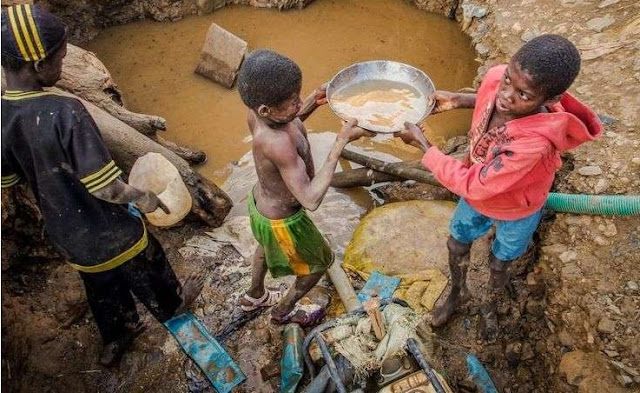 An abandoned galamsey (illegal mining) pit at Akyem Adukrom in the East Akim municipality of the Eastern Region, has claimed the life of a 7-year old boy, Takyi Blessing.

According to his mother, Comfort Takyiwaa, she sent her son on an errand with his age mate, but a few minutes later, her son’s dead body was brought to her.

She said the rescue team told her that the boy, who went on the errand with Takyi Blessing, wanted to initially help him when he fell into the pit, but he failed after several attempts, prompting others about the incident. However, before their arrival, Blessing was already dead.

The mortal remains of the boy have been deposited at the Kyebi Government Hospital pending autopsy.