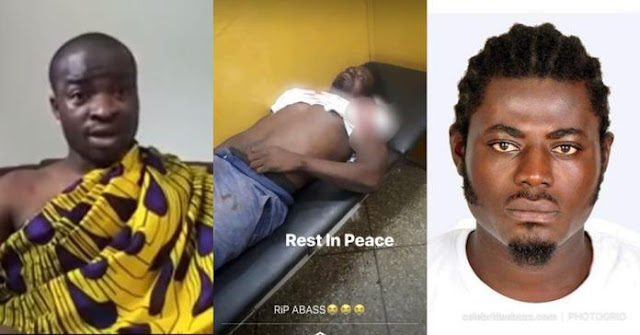 Controversial US-Based Ghanaian social media Evangelist, Emmanuel Addai, has put a spin to the sad death of Kumawood actor, Abass Nurudeen popularly known in Showbiz as Blinkz.
Evangelist Addai claims Abass Blinks was part of the Illuminati. But was just their foot soldier.
He went on to reveal that leaders of Illuminati killed Abass to project their agenda of projecting marijuana as a bad product.
For this reason, they made Abass play the role of a wicked man/killer in movies where he always acts wicked after smoking marijuana.
He further revealed that the Illuminati occult members needed a sacrifice for the Yuletide (Christmas Season) so they used Abass.
Addai urged everyone to be happy about the death of Abass because he was in an occult group.
Listening to the self-acclaimed Evangelist, one can see that he makes no sense at all.
He further illustrated that Abass was wearing certain rings, which were all occult rings.
Credit; Papaga Bless
Watch video below;