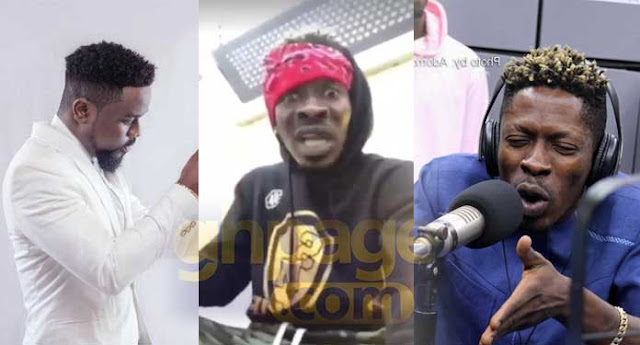 A day after Sarkodie posted that he wanted to meet the President to discuss the economy with him, Shatta Wale has responded.

In another post he asked Sarkodie to stop being full of himself and admit that he is broke, adding that it was wrong for him to have communicated to the President in the manner he did.
“Mr president sarkodie says you have not done anything for Ghana and you don’t know how to rule .. Please he says he is doing a diss track for you and your government..what the hell .. Fake citizen please That’s the same thing he said about Mahama..Don’t forget!!,” he tweeted.

“Foolish boy, Do you think you can talk to the president of Ghana and his leaders like that becuz u be finance minister ha, stop bragging and tell your fans you are broke and now u need government officials to invite u home for some change! You no get shishi,” he added.

Sarkodie, a few days ago said he wanted to meet the President to have a discussion on why ‘things are hard’ in the country.

He however added that in the absence of a meeting with Nana Addo, he would resort to releasing songs to address his concerns. 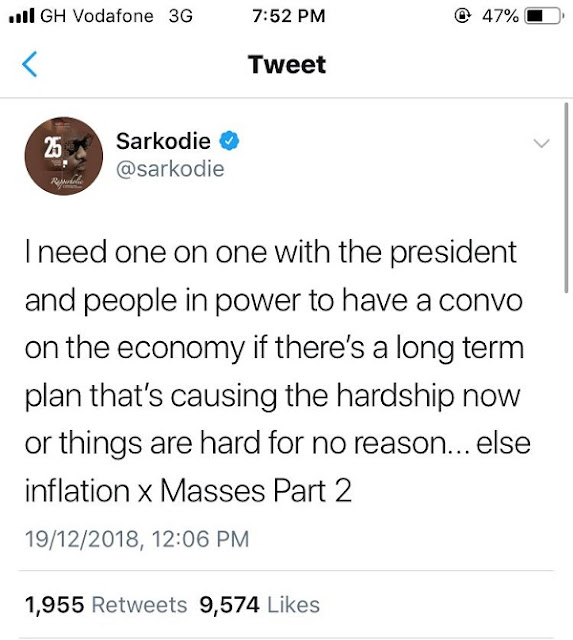 “I need one on one with the president and people in power to have a convo on the economy if there’s a long-term plan that’s causing the hardship now or things are hard for no reason… else inflation x Masses Part 2,” he wrote.

Sarkodie and Shatta Wale have not been on good terms in recent times.

Sarkodie did a song to hit hard on some acts of Shatta Wale he considered childish and inappropriate after the latter had called the former and other artistes poor. 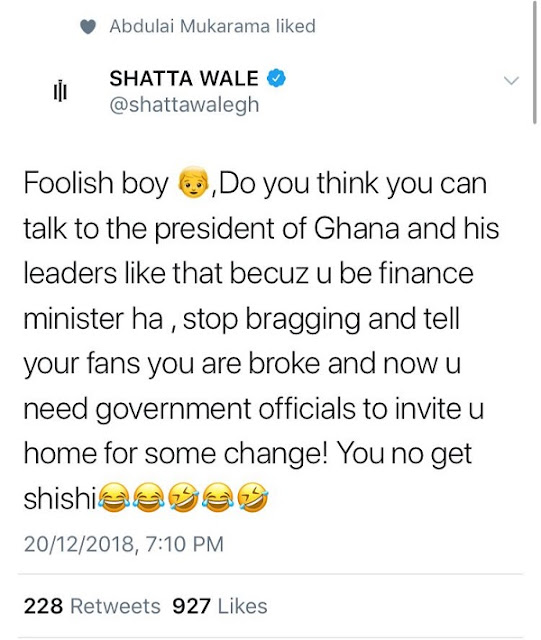