Diddy has called out for help weeks after losing the mother of 3 of his kids, Kim Porter. The rap mogul took to Instagram to reveal that the pain he’s feeling is too much and won’t go away. He said money isnct helping either and has asked the public to pray for him. 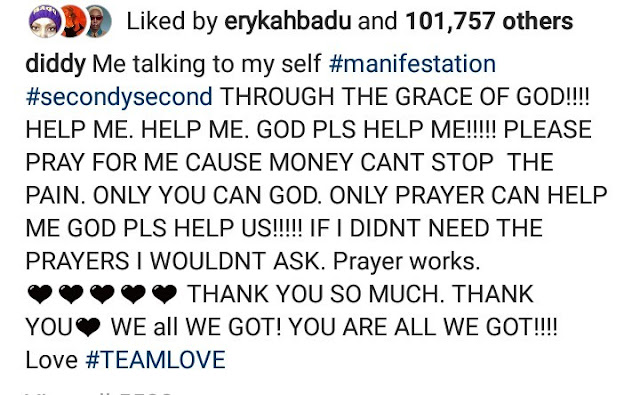 Read Also: Offset Swears To Have Cardi B Back

Kim Porter, Diddy’s former longtime girlfriend and the mother of three of his children, died at age 47, authorities said. Porter was found unresponsive Thursday at her Los Angeles home, where paramedics pronounced her dead. Sean ‘Diddy’ Combs and Porter, a former model and occasional actor from Georgia, were a couple on-and-off from 1994 until they split for good in 2007.