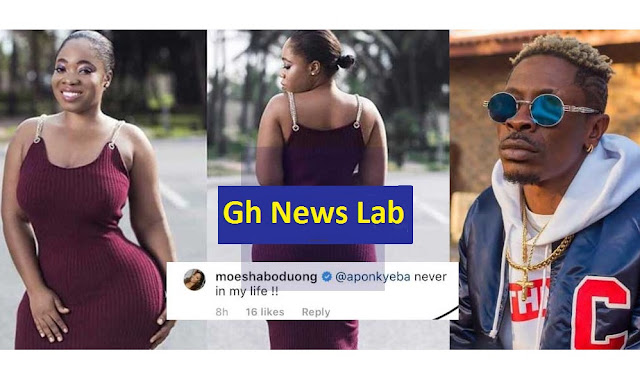 Social media slay queen and actress Moesha Budoung is known to be someone who sleeps around with big men in order to make a living for herself and as well makes her live a lavish lifestyle.

So far she has allegedly exposed Efia Odo for having an abortion for a popular musician, getting her things seized by a hotel manager for failing to pay the bills after one of his sugar daddies “banged” and left her in the hotel room amongst other things.

READ ALSO: Afia Schwarzenegger shows new boyfriend photos
After dropping this bombshell, a fan also trying to point out Moesha’s wrong commented under her post that she had slept with dancehall artiste and Shatta movement boss Shatta Wale.
But Moesha who was monitoring her comments section responded immediately saying she had never slept with the “My Level” hitmaker.
She posted: “@aponkyeba never in my life !!”
See screenshot below: 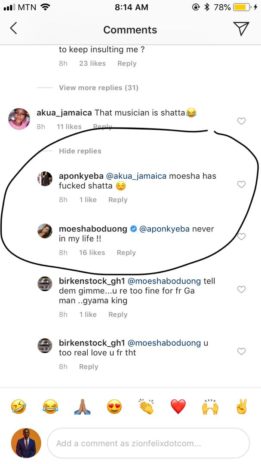