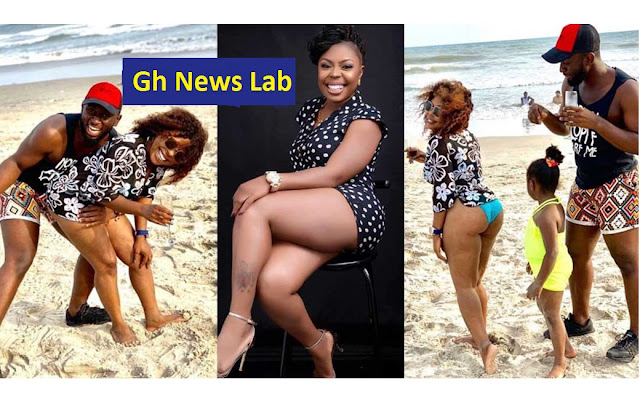 From what Ghpage has gathered, the new alleged boyfriend of Afia Schwarzenegger is called Kofi Akotuah Addo. He is a fashionista and has a well-built body. 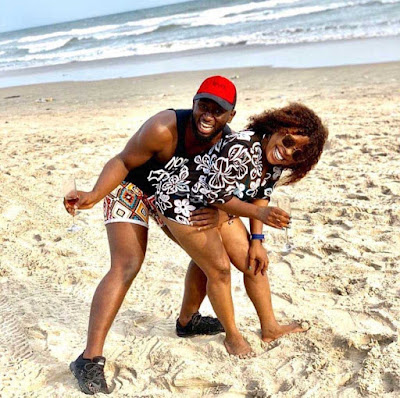 The two hit the beach today to have fun and obviously to finally showcase their love to the world after months of keeping her new boo secret.
Sharing the photos on her Instagram page, Afia Schwar asked her followers to give the perfect caption for the photo and revealed a GHS100 cedis cash price of the best caption. 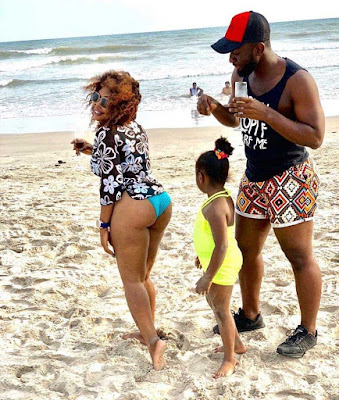 What followed was a legal battle to divorce the marriage. Lawrence Abrokwah demanded half of the properties they have acquired together whiles Afia boldly claimed Abrokwah did not contribute a penny to build anything.
Well, although not confirmed, we hope this one lasts. By the way, someone has whispered into our ears Kofi Akotuah Addo’s mother is the one having her GHS4 Million invested at Menzgold that Afia Was fighting over.