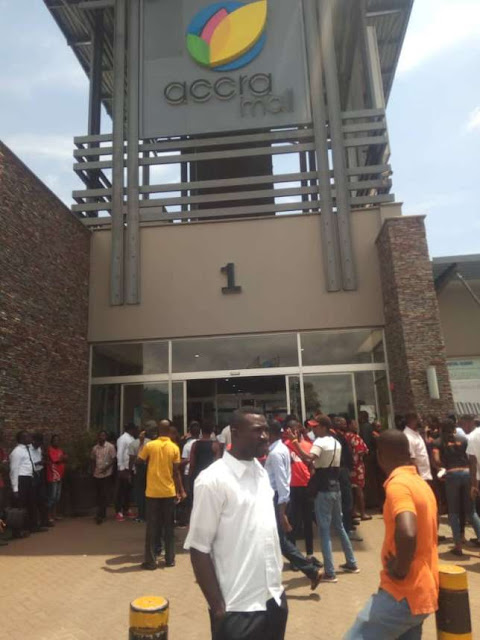 Workers and customers of the Accra Mall this morning had to flee for their lives after some part of the mall’s roof caved in.

Some of the workers in the mall have been evacuated to prevent anybody from getting harmed
An eyewitness said they heard noise from the ceiling and then realised that the ceiling of a part of the mall was caving in.


They later realized it was the roof of the popular GAME shop. This caused everybody in the mall to flee for their lives.

READ ALSO: Chinese Company To Take Over A1 Bread For $5 Million

According to the eyewitness, some people who were trapped have been rescued and rushed to a nearby clinic for treatment.

Meanwhile, security officers and personnel for the Ghana National Fire Service are present at the scene.
They have secured the premises to prevent further injuries and any impending disaster.