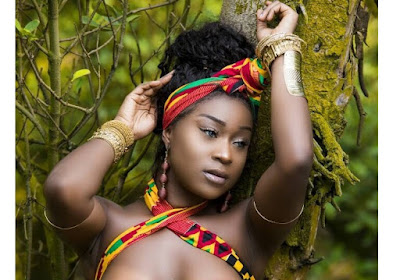 The very day actress Efia Odo will put on a bra, the president will announce that day as a public holiday.

She has featured in a couple of movies but most Ghanaians remember her for her raunchy outfits to movie premieres. Efia Odo, we understand lived most of her life in the USA before relocating to Ghana to feature in movies.

She has released some photos for the viewing pleasure of the public and they have caused a stir on social media. Many who have chanced on the photos are not cool with it.

Ebony was bashed for exposing her private part at the just ended 4syte Music Video Awards and it looks like Efia is doing the same judging from the photoshoot.

These pictures after getting on social media have raised insults for her.

Check the pictures out: 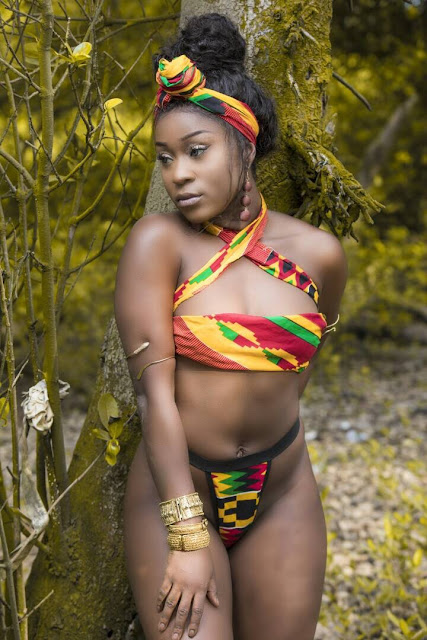 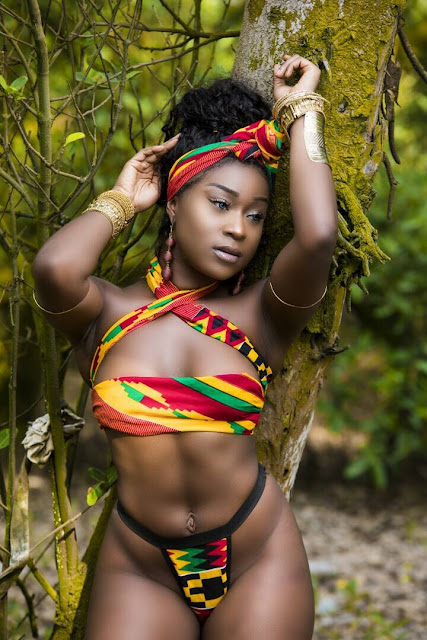