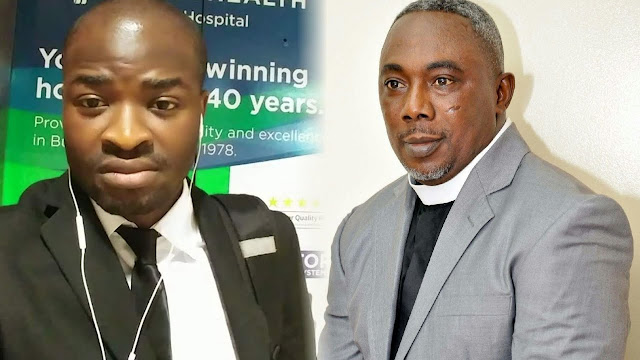 Popular man of God in Ghana’s local movie industry Apostle John Prah has reacted to claims of being a FreeMason by Social Media based Evangelist Emmanuel Addai.

In an interview with the host Fresh boy Papa J on the Enterchat show, he said Ghanaian’s outside the movie cast will definitely insinuate he is an Illuminati.

According to him, he will never blame Ghanaian’s for such perceptions because he (Apostle John Prah) previously had doubts for actors and actresses when engaging in such roles in the movies.


The “Nyame y3 Nyame” hitmaker revealed he was once a DJ (Disk Jockey) until the calling of Apostleship paid a visit to him through a man and a woman he never saw or heard from after the calling.

After the calling, I constantly made “Atweaa” mountains a second home for prayers and fasting sections.

To his amusement, another revelation was declared “I was prophesied to preach the gospel”, he voiced.

Even though controversies upon controversies, I never neglected church for movies. “The knowledge derived in movies is less, the person who said I am an illuminate is sick”, he told.