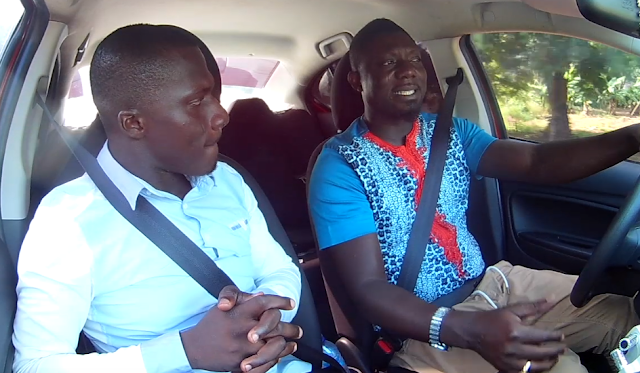 Speaking on Celebrity Ride With Zionfelix show, the actor known privately as William Asamoah Addo disclosed that he always have to direct the ‘I Can’t Think’ Far’ coiner whenever he goes astray on set because he has been in the industry for long. He added that one particular thing he has to always put him on check is his choice of words. According to Bill, LilWin prefers raw statements even when he has to use a proverb to communicate same idea.

The Ashanti Regional Actors Guild President continued that he usually cuts the actor when he makes such mistakes because “I wouldn’t sit down for him to say something that is untoward and when it comes on screen everybody will be speaking bad about it”.

Comparing LilWin with Agya Koo, he described the latter as a matured actor who would “tell you what he wants to say in a proverbial way” but the former “lacks that and will come the raw way”.

WATCH: Bill Asamoah on Celebrity Ride With Zionfelix below: