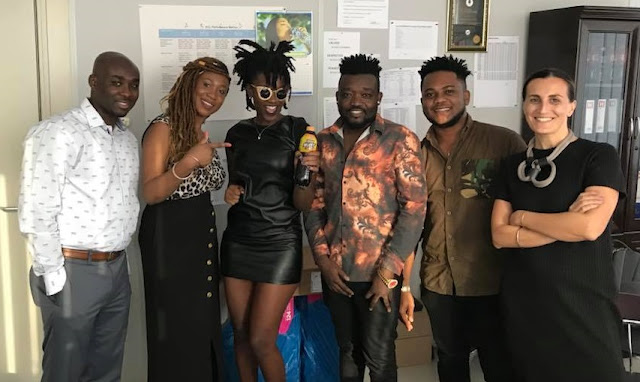 Priscilla Opoku-Kwarteng, her real name, is a Ghanaian dancehall/Afrobeats artist widely known for her hit songs “Poison” and “Kupe”, she was discovered by Bullet, a member of Ruff n Smooth fame.

The hottest Ghanaian music sensation, Ebony Reigns, last year was in the news for almost the wrong reasons, from the wearing dresses that showed too much of her body to people criticizing her that she did not have enough talent.

The “Sponsor” singer has begun the new year on a good note by securing an endorsement deal with Kasapreko Company Limited making her the Brand Ambassador of latest soft drink “Hi5ChocoMalt”.

She showed appreciation to God Almighty and record label, Rufftown Records for making this endorsement possible..