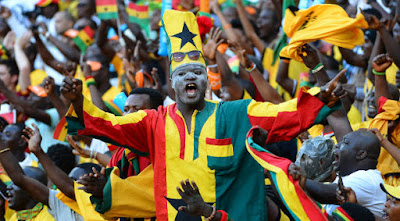 The government of Ghana has responded to Fifa following an August 27 ultimatum issued by the world football’s governing body demanding the withdrawal of an ongoing legal procedure aimed at liquidating the Ghana Football Association.

The authorities imposed an indefinite suspension on all football related activities in the country last June, in the wake of corruption scandals exposed in a documentary produced by undercover journalist Anas Aremeyaw Anas.

A two-man interim Liaison Team was subsequently named by Fifa to oversee football in the country.

However, the government insists the entire system needs a clean-up before football could return hence its decision to scrap the current Ghana FA executive committee.


A Fifa letter to the Liaison Team on Monday commanded that the petition to liquidate the FA be withdrawn by August 27 as failure will see the country cope a ban from all activities of the world football’s governing body.

“The GFA (Ghana Football Association) is registered as a company limited by guarantee under the laws of Ghana. The laws of Ghana prohibit the existence of a company which operates for illegal purposes,” a portion of a letter to Fifa from the Ministry of Youth and Sports read.

“Given the nature of the empirical and overwhelming evidence of widespread corruption, bribery, match-fixing and other forms of illegality at all levels of the operations of the GFA, the government of Ghana was left with no option but to enforce the domestic laws of Ghana to bring the operations of the GFA to a halt, as a first step to sanitizing and reforming football administration in Ghana.

“This is the intendment for the institution of proceedings under the Bodies Corporate (Official Liquidation) Act 180.

“Government of Ghana is desirous for a further engagement with Fifa at their earliest convenience to reach a mutually accepted route to achieving our common goal,” the letter added.

Ghnewslab understands that Ghana League Clubs Association (Ghalca) has written to the office of the country’s presidency for a meeting this week to find a lasting solution to the impasse.