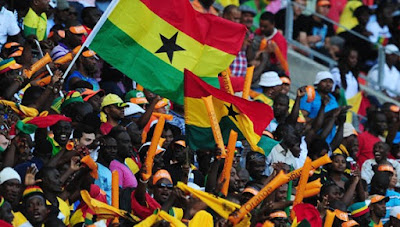 The world’s football governing body has sent warning to the authorities to abandon an ongoing court case against Ghana FA
Fifa have issued an ultimatum of August 27 to the Ghanaian government to withdraw a court case meant to liquidate the embattled Ghana Football Association.

The authorities imposed an indefinite suspension on all football related activities in the country last June, in the wake of corruption scandals exposed in a documentary produced by undercover journalist Anas Aremeyaw Anas.

A two-man liaison team was subsequently named by Fifa to oversee football in the country.

However, the government insists the entire system needs a clean-up before football could return hence its decision to scrap the current Ghana FA executive committee.


“We are writing to inform you that the situation of the Ghana Football Association (GFA) has been brought to the attention of the Bureau of the Council (hereinafter the Bureau),” a Fifa statement read.

“The Bureau was informed about the following developments: On 7 June 2018, a BBC documentary entitled ‘Number 12 —When Greed and Corruption Become the Norm’ was aired alleging match-fixing and fraudulent activity involving referees and officials of the Ghana Football Association (GFA), including GFA President, CAF Vice President and FIFA Council member Kwesi Nyantakyi. On 8 June 2018, Mr Nyantakyi was provisionally banned from taking part in any footbalI-related activity at both national and international Ievel by the chairperson of the adjudicatory chamber of the Ethics Committee for a duration of 90 days.

“Formal investigation proceedings are being carried out by the chairperson of the investigatory chamber of the Ethics Committee Furthermore, the Bureau was notified that FIFA had been given to understand that on 12 June 2018, the High Court in Accra placed an interim injunction on the activities of the GFA following an application by the Attorney General of Ghana

“The Bureau was also informed that on 12 July 2018, the High Court of Justice (Commercial Division) in Accra had ordered that the members, directors and officers of the GFA be restrained from exercising their powers, ‘particularly relating to the disposal of the assets of the GFA, organisation of football matches and appointment of executives and other officials’. “Furthermore, the High Court appointed the Registrar of Companies “to exercise the powers of a quidator in relation to the respondent [i‚e. the GFA] pending the final determination of the petition.

“To date, the scope of the investigations into the allegations of widespread match-fixing and corruption within the GFA remains unclear. However, the Bureau considers that the petition introduced by the Attorney General to the High Court of Justice to start the liquidation process of the GFA constitutes an undue interference in the affairs of the GFA in contravention of art. 14 par. 1 i) and art. 19 par. 1 of the FIFA Statutes.

“Under these circumstances, the Bureau based on art. 16 par. 1 of the FIFA statutes decided on 11 August 2018 that if the petition to start the liquidation process of the GFA is not withdrawn by Monday, 27 August 2018 at 12h00 (CET), the GFA will be suspended with immediate effect.

“The suspension would be lifted only once the above-mentioned petition is withdrawn and FIFA is given written proof thereof. In accordance with art‘ 16 per, 3 of the FIFA Statutes, if the GFA were to be suspended, it may not exercise any of its membership rights (Cf. art. 13 of the FIFA Statutes).

“Furthermore, other member associations could not entertain sporting contact with the GFA. We thank you for taking note of the above,” the statement added.

An eventual suspension of the GFA could affect Ghana’s game against Kenya in the 2019 Afcon qualifiers next month, as well as the hosting of the 2019 Women’s Afcon and the Black Maidens’ participation in the 2018 Fifa Women’s U17 World Cup .