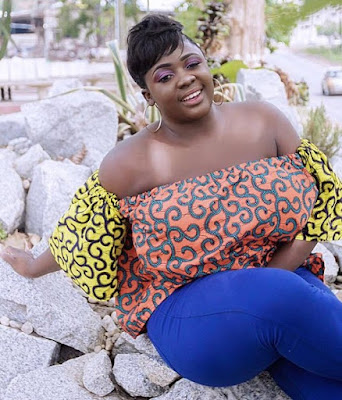 Ghanaian actress and movie producer Tracey Boakye has been in a relationship with few guys in the showbiz industry and one of such people is renowned gospel artiste, Ernest Opoku.

The mother of one in the latest episode of Celebrity Ride With Zionfelix tried to deny her amorous relationship with the “Onyame Nim” singer but later confirmed it after the host of the show proved to her that something really happened between them years back. Miss Boakye after establishing the truth in her relationship with Ernest Opoku added that it happened the very year she started acting.

The ‘Devil Between My Legs’ actress who was reluctant in disclosing what led to their breakup stated that all was not well months after they started dating. She continued to disclose some of the dirty things which happened whilst dating the gospel musician.

READ BELOW:
Vivian Jill Stopped Me From Aborting My SON

Watch Tracey Boakye on the show below