Photos And Videos To Prove That We Dated 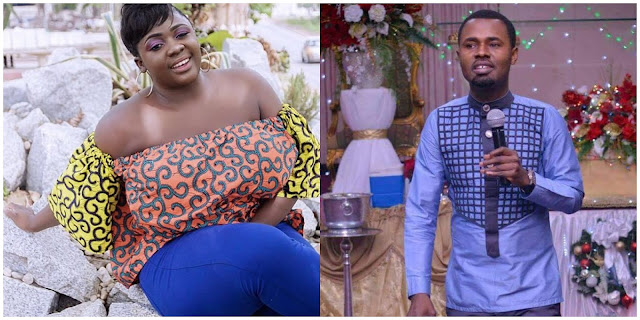 Gospel musician Ernest Opoku has challenged actress Tracey Boakye to release photos and videos to prove her revelation on Celebrity Ride With Zionfelix show that the two were in an amorous relationship five years ago.

The ‘Odo’ hit singer on Hitz FM’s This Is Gospel show stated that he couldn’t fathom why Tracey would make such an allegation without a proof. According to him, he’s been a friend to the ‘Devil Between My Legs’ actress but both have never dated. The crooner who confirmed that they were friends added that he was divorced at the time both were playmates.

He questioned why Tracey did not release files to back her claim when talking to Zionfelix on his Celebrity Ride show. To him, Ghanaians should dump Tracey’s dating statement in a bin and focus on other important matter.

“I never dated Tracey. I was divorced when we were friends. So didn’t we take pictures and videos if we dated? She should give me such evidence to prove we dated.” Ernest Opoku told Franky 5, host of the gospel entertainment show.

The CEO of Shakira Movie Production on Celebrity Ride With Zionfelix confirmed that she once dated Ernest Opoku, the gospel artiste. Miss Boakye after establishing the truth in her relationship with Ernest Opoku added that it happened the very year she started acting.

The mother of one who was reluctant in disclosing what led to their breakup stated that all was not well months after they started dating. She continued to disclose some of the dirty things, which happened whilst dating the gospel musician.

WATCH: Tracey Boakye on the show below: