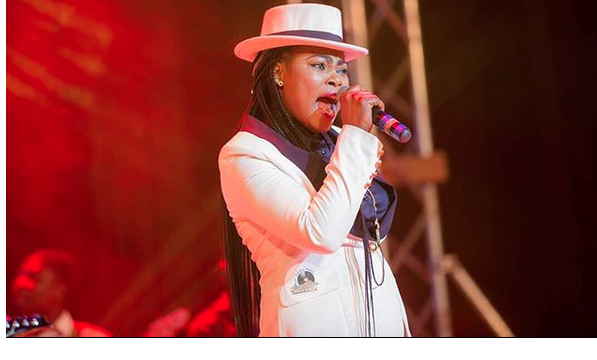 Gospel songstress Joyce Blessing has been criticised severally for performing songs of secular musicians at shows but she is not listening to what others are saying about her action.

Joyce at the recently held BHiM Concert at the Accra International Conference could not finish her few minute performance without singing a song of a hiplife musician.

After entertaining the crowd with some of her popular tunes, madam blessing decided to finish everything with Nero X’s song.

The last song she performed on the night was Nero’s ‘Nyame Dawdaw’ tune.


Other musicians who performed at Stonebwoy‘s concert were Becca, Kojo Funds from U.K, Samini, Edem, King Promise, Kumi Guitar, Obibini, Luther, Kelvinboy and many others.