Home » “I Don’t Want You As a Friend, Please Remove my Photo on your Poster” — Joyce Blessing tells Agradaa 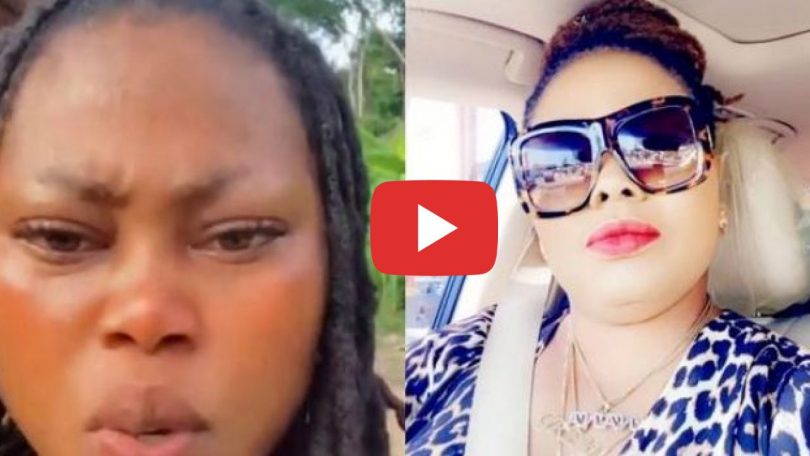 “I Don’t Want You As a Friend, Please Remove my Photo on your Poster” — Joyce Blessing tells Agradaa.

According to reports, Agradaa has used Joyce Blessing’s photo on her poster to promote her upcoming program.

Apparently, Agradaa didn’t go into any contract with Joyce to feature her in her show but she chose to use her to promote the show.

Reacting to the incident, Joyce Blessing has warned her to remove her photo and name from her poster.

According to her, she’s not friends with Agradaa and she doesn’t want to have anything to do with her so she should do the right thing by taking her out of her program.

WATCH The VIDEO below: Joyce Blessing went on to reveal that Agradaa has in the past bullied her after she went through a divorce.

She disclosed that Nana Agradaa insulted her and called her mother a witch so she’s shocked that she now sees her as someone worthy of her program.

Ghanaian gospel musician, Joyce Blessing has in the past been dragged and humiliated after her marriage to her husband Dave Joy broke down.

Details of their unsuccessful marriage took over the net leading to the gospel musician being heavily chastised.

Over the weekend, Joyce Blessing’s marriage saga was revisited on the United Showbiz show after she popped up on the program wearing a wedding ring.

There again, she was humiliated as she got interrogated about her ring. It was definitely a shame watching Joyce take off her ring from her ring finger to another finger after being dragged on the show.

She really doesn’t need this kind of controversy Agradaa wants to drag her into.