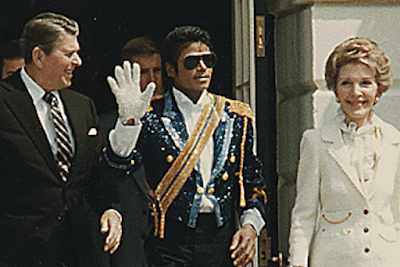 Few artists have a “look” as well defined and iconic as Michael Jackson’s. Everything from his pimpin’ fedora to his needlessly high socks have become ingrained in pop-culture as integral parts of the Jackson mythos. Arguably his singular most defining item of clothing though was his single glove.


Custom made by the same guy who made the gloves for Kate Winslet in Titanic, Jackson’s sported many different styles of gloves over the years. While many assumed that glove was simply for style, because it admittedly does look pretty fly, according to those close to Jackson it was actually used to hide the early stages of vitiligo (a disease which caused the skin to change color and often starts with unsightly blotches on the hands and feet).

While this became somewhat unnecessary in later years as Jackson’s skin tone changed from a deep chocolate, to a creamy mocha, to that of anemic skim milk, the glove was nonetheless an important tool used by the singer to hide something he felt self-conscious about.