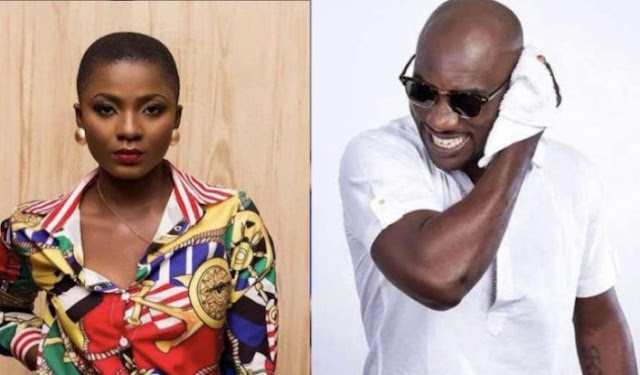 Kwabena Kwabena and Ahoufe Patri are now in a romantic relationship. Kwabena Kwabena has always been in the news due to his love affairs with other women.

The ‘Fakye Me’ hitmaker dominated the headlines when he divorced his first wife, Esther, on grounds that he has been assaulting her as he’s kind of a woman-beater.

Then after their divorce, Abena Owusuaa came into the picture with the musician tying knots with her.

After Abena Owusuaa it was widely reported that Kwabena Kwabena was going out with Frema Ashkar.

He went to the extent of tattooing her name on his skin…and he said that it was to show appreciation of being his manager for 10 solid years.

But the two are no more as they have parted ways. Per Ghanacelebrities.com report, the person now warming Kwabena Kwabena‘s bed is Ahoufe Patri.

Earlier this year, Ahoufe Patri’s relationship with a London based guy, who is the son of veteran Ghanaian actress-Maame Dokono came to an end.

So it appears she’s picking the pieces up to see if she can find love with Kwabena Kwabena.