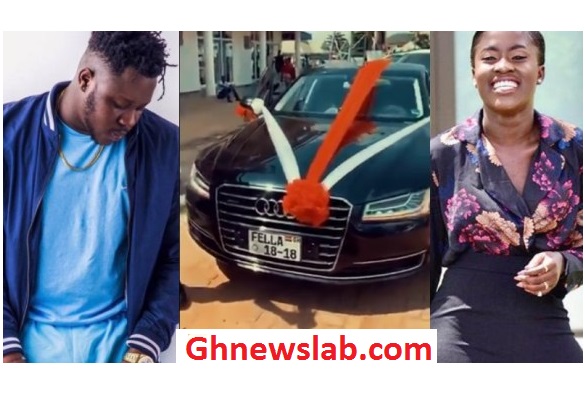 Few days after becoming a subject of mockery in town after her ex-boyfriend angrily seized her two cars, Fella Makafui has acquired two brand new Cars from her new lover boyfriend, Medikal.

In a video we posted yesterday 22nd/November/2018, the AMG rapper in an angry moment showed off stacks of money in his car and asked ‘how much be that?’ an indication that he can afford a car for her too.

Well, as we all expected, Medikal has bought Makafui new cars and it would be a worry no more as he wouldn’t be driving her to work like he did yesterday 22nd/November/2018.

The video which was uploaded by Medikal on Twitter sees an exciting and shocked Fella Makafui not knowing what to say.