Meet Kwame Algebra, The Man Who Sings to Conquer 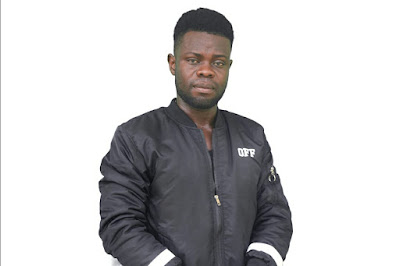 You have listened to the noise and the so called talents claiming versatility, it’s time to
listen to good music and the real definition of versatility. As said in an old adage “the
mouse is always incharge whiles the cat is away”, Kwame Algebra, whiles in his silence
saw the funny side of artistes claiming the very tittle that is due him but, he is back
undeniably to claim his rightful crown.

Born Emmanuel Algebra Yeboah Owiredu, Kwame Algebra, as he is been called in the
showbiz circles is here to leave an indelible positive mark with his singing prowess
perfecting it with rap. Though very young, extra talented Algebra has done tremendously
well for himself making him a solid rock the industry can’t do without. The power behind
his voice together with his in-depth writing skills makes him stand out among his
competitors and without any doubts, he happens to be one of the youngest musicians to get
a standing ovation from legends anytime he performs on stage.

His talent and humilty has seen him dine with great indstry legends as he picks his
motivations from Amakye Dede, Dasebre Ahoufe Dwamena and the legendary Nana Yaw
Ampadu. His latest mind blowing single, ODO, which features Big Fhamous is the latest
chart topping song in the system currently.

Though the song is in its infant stage, the rate at which it keeps making waves is
overwhelming and ghnewslab.com congratulates Kwame Algebra for a job well done.
Kwame Algebra is currently under the management of Fhamous production, a production
firm bent on raising budding talents like Kwame Algebra himself. Hailing from
Asamankese in the eastern region, Kwame Algebra attended Asamankese Wesley
Methodist School and had his secondary education at Benkum Senior High School all in
the eastern region. He proceeded to Koforidua Polytechnic where he persued purchasing
and supply. His passion for music started in his early days at the secondary -school where
he started as a young writer.

Kwame has over 10 potential hit songs in his archives but, he decided to promote just a
number of them. Songs like Adekye Nsroma which is currently on youTube, Hope, another banger which can be accessed on YouTube, Odo Ayaase
which featured wisa Greid and his current banger Odo are just but few of Kwame’s handy
work

ghnewslab.com is urging all and sundry to support good talent and, we believe Kwame
Algebra is our answer to good music and creativity.