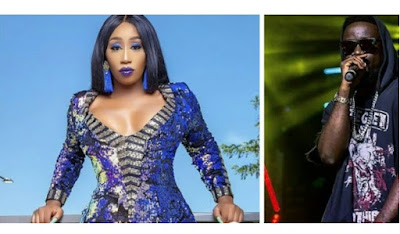 Kenyan singer and songwriter, Victoria Kimani who teamed up with Sarkodie on the song, ‘Giving You’ has said that the Ghanaian rapper remains African best rapper.

“Sarkodie is just dope, I featured him on my “Giving You” song, I sent the song to Sarkodie to get his verse on it, within few minutes he was done with his verse and it was dope”.

Victoria Kimani is widely known in Kenya for the numerous hit songs she has produced. On the African continent, she is known for the various nominations and much airplay of her songs on the various media platforms in Africa.