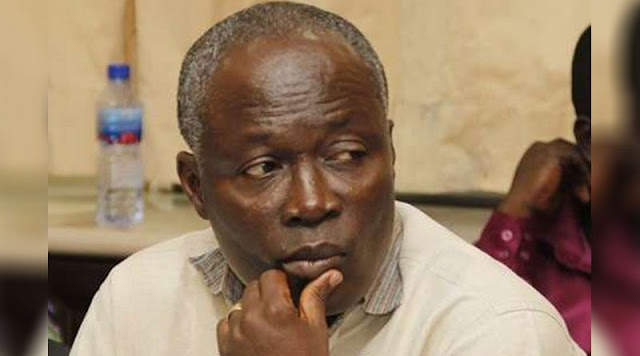 Ministry of Youth and Sports is struggling to trace the source of funding for the construction of a stadium at New Edubiase in the Ashanti Region.


Even though an amount of GHC1,650,271 was said to have been paid to the contractor, Sports Minister, Isaac Kwame Asiamah, indicated that his outfit cannot trace the source of the funding for the construction of the New Edubiase Sports Stadium.

Former President John Mahama cut the sod for the construction of the 10,000 seater stadium in 2016, but the project has since been abandoned, with the contractor laughing all the way to the bank, having received generous part-payment.

The contract was to be executed by the middle of 2017 but as at 2018, the stadium had not been completed.

According to the Sports Minister, Asiamah, the funding for the project was not captured in the 2015 and 2016 budgets and that there was no evidence of sponsorship for the project.

The minister indicated in Parliament that the construction firm, Shakdeen Limited received GH¢1,650,271 from the then Sports Minister, Nii Lante Vanderpuye.

However, the contractor, Nurudeen Shakir, denied that that amount of money was paid to him.

He told Citi Fm yesterday that he cannot confirm how much was paid to him, adding that it could be in the range of GHC800,000.

The matter has been referred to the National Security for investigation with regards to the source of funding.

The contractor confirmed that he has been visiting the offices of the Bureau of National Investigations (BNI) over the issue.

Earlier this year, Board Chairman of the National Sports Authority, Kwadwo Baah Agyemang, accused Mr Vanderpuye of concealing payments made to Shakdeen Limited for the construction of the stadium.

Mr Asiamah reiterated government’s commitment to fulfilling its promise to complete the stadium.

The stadium, when completed, would be the sixth international standard stadium in the country, in addition to the Accra, Kumasi, Sekondi, Tamale and Cape Coast stadia.