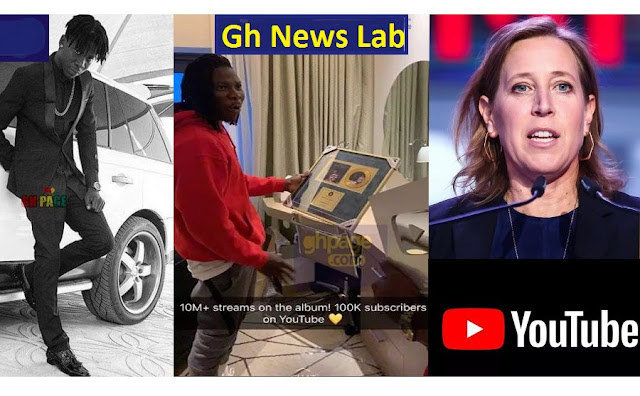 BHIM Nation Boss, Stonebwoy, has received a special honor from Youtube after his Epistles of Mama Album hit 10 Million+ views.

The popular dancehall artist was awarded a plaque and a letter from the video sharing platform Youtube, LLC. 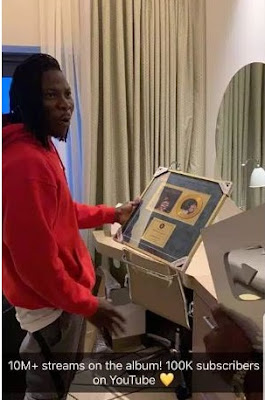 Speaking on the EOM Album, it has been rated one of the popular albums in the world after its release in the year 2017.

Just recently, it was ranked the second best album in the world and was even above that of Damian Marley’s ‘Stony Hill’ album.

The ranking was compiled by readers of Reggaeville, the world’s biggest gathering of reggae lovers and fans on the internet.

Before Stonebwoy’s “Epistle of Mama” album on the list was Chronixx’s ‘Chronology’. 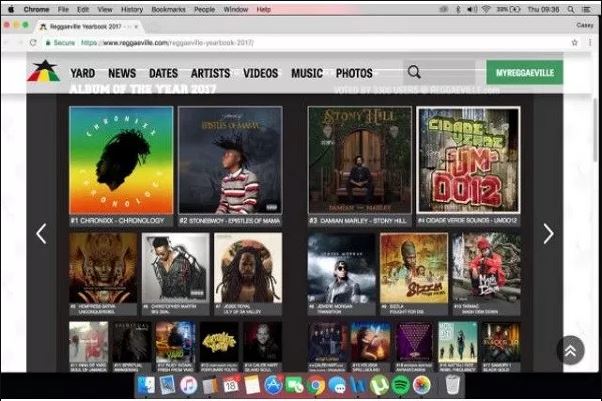 The double disk collection which was released on December 12, 2017, is made up of 24 songs – 12 Dancehall/Reggae songs and 12 Afrobeat songs.

Featuring on the album are artists such as; Sean Paul, Burna Boy, Sarkodie, Efya, King Promise, Edem, and Joey B.

Stonebwoy, in an interview with Red Bull explained that “It’s inspired by the good morals, the teachings, the lessons, the anguish and the smiles of life. All the important things in life which are passed on to us by our mothers.”

The album is dedicated to the memory of his mother, Catherine Satekla, who died in 2015.

Below is the list of the top five winners at the 2017 Regaeville Poll;