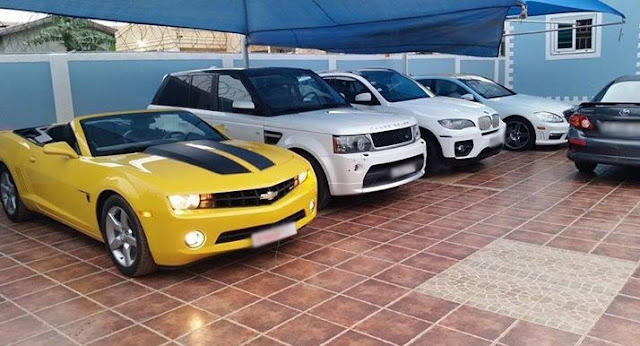 Maxwell Peter, a known cyber fraudster within the Tamale Metropolis has been arrested in connection with $10 million gold scam that has rocked the country.

The suspect, who is noted for using a luxurious fleet of cars was arrested at his home in Tamale by a combined team of security personnel from the Economic and Organised Crime Office (EOCO) and Bureau of National Investigations (BNI) last weekend, handcuffed and taken to Accra.

Described as the ‘Sakawa King’ of Tamale, Maxwell Peter show of wealth and extravagant lifestyle is not new to residents of the town as he is reported to have built and lived in one of the much talked about houses in the area.

It has been established that he recently acquired a music record label and was about signing on some musicians before his arrest following more than a year of investigations by EOCO in partnership with the Federal Bureau of Investigations (FBI) of the United States of America. 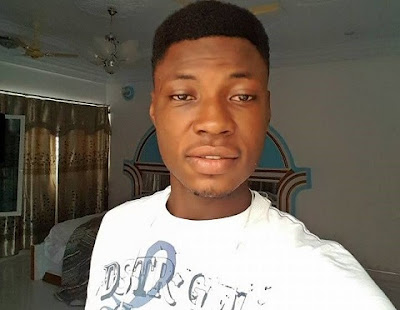 According to facts available, Maxwell and his cohorts reportedly used dubious means of defrauding a US-based company of 10 million dollars under the guise of supplying it with gold bars but failed.

The suspects between 2007 and 2016 presented themselves as gold dealers and succeeded in getting the US-based company to release a whopping $10Million to supply it with gold.
To ensure that their partners believed them, they created a bogus email usually containing either an attachment or a link to a malicious website which was linked to the said real estate company and infected the company’s entire computer network and harvested information including company files, credentials and gave the accused persons access to sensitive information which aided them to dupe the company.
They are said to be 11 persons involved but 6 have been arrested and are provisionally facing 18 counts of defrauding by false pretenses and breach of the Electronic Transactions Act 2008 (Act 772).
They are; Maxwell Peter, Babatunde Martins, Bernard Emurhowhoariogho Okorhi, Dana Brady, James Dean, Javier Luis and Ramos Alonso.
Those on the run include; Sumaila Hardy, Victor Daniel Fortune Okorhi, Dennis Noah, Olufoajimi Abegunde, Ayodeji Olumde Ojo.
All six were arraigned before an Accra District Court on Tuesday.