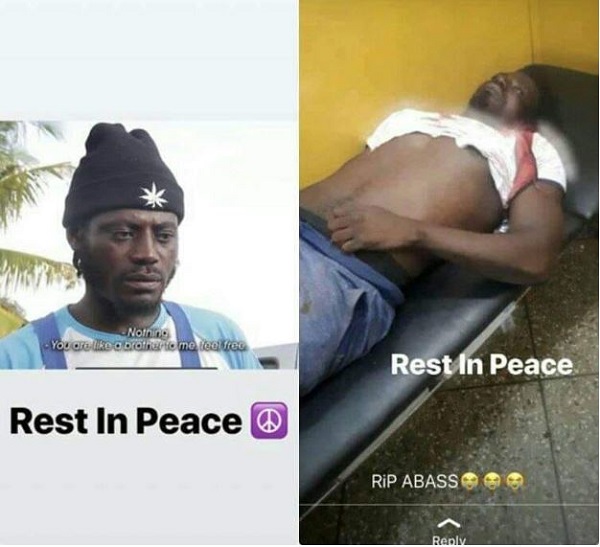 One Sumaila Tijani, a suspect alleged to have been involved in the killing of Kumawood star Abass Blinks has been arrested.

TAbass Blinks Nurudeen was stabbed to death at Sawaba Akrem in the Asokore Mampong Municipality in the Ashanti Region when he attempted to separate two people fighting.

The unfortunate incident has thrown residents, family, fans and colleagues of the actor into a state of shock.

A source at the Ashanti Regional Police Command confirming the arrest to MyNewsGh.com said the suspect Sumaila was arrested at his hideout at Atimatim in the Tafo-Pankrono Municipality of the Ashanti region.

The suspect is currently at the Ashanti Regional Police Command assisting the police in an investigation.