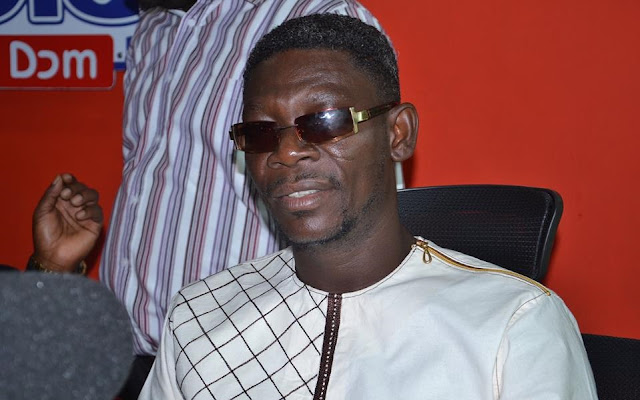 Ghanaian movie producer and NDC supporter, Michael Kwaku Ola has accused actor Agya Koo of pestering his wife whose name he gave as Dela for sex when he was at his zenith.

Ola in a heated argument with the renowned actor on Hitz FM Thursday morning mentioned that Agya’s dying career is as a result of three problems which include womanizing. The moviemaker when pushed by Agya Koo to mention names of women he chased during his heydays asked him if he, Agya Koo knows one Dela.

“You don’t know Dela in Kumasi who happens to be my wife? God should forgive you your sins” angry Ola said.

Agya Koo who questioned the identity of Dela after Ola first mentioned the name later asked the movie producer if he was married to her at the time he, Agya Koo knew her.