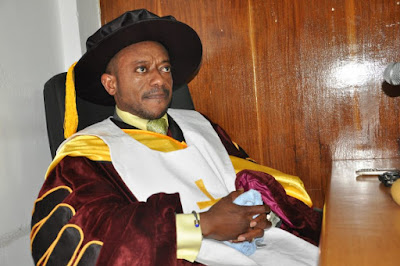 The Ghana Pentecostal and Charismatic Council (GPCC) has demanded an apology from Rev. Owusu Bempah with respect to accusations against Rev. Sam Korankye Ankrah.

According to the council, accusations leveled against the man of God are without merit and should therefore be retracted.


The Ghana Pentecostal and Charismatic Council (GPCC), has called on the Founder of the Glorious Word Power Ministries, Rev. Isaac Owusu Bempah, to apologize to the Founder of the Royal House Chapel International, Rev Sam Korankye Ankrah.

According to the General Secretary of the GPCC, Rev. Emmanuel T. Barrigah, Rev. Korankye Ankrah has no concubines, as asserted by Owusu Bempah.

His call comes after Owusu Bempah reportedly claimed that the man of God, aside bleaching his skin, has other women in his life, aside his wife.

The ‘attack’ was reportedly in response to assertions by Korankye Ankrah to the effect that pastors who bleach, prophecy about deaths of important people and flaunt wealth on social media are fake. His comments were interpreted by Owusu Bempah as attacks on his person, and he also responded in a similar manner.

According to Barrigah, their own investigations as a council indicates that the entire allegation including the bleaching claims leveled against the Apostle General is a blatant falsehood.

“Those who know the Apostle General’s family know that 3 out of 4 children are fair so does it mean, the children of Sam Korankye Ankrah also inject or take tablets to be fair?” he questioned.

Rev. Emmanuel T. Barrigah believes that the accusation of sexual impropriety from Rev. Owusu Bempah against Korankye Ankrah is a figment of his imagination.

Barrigah hinted that they, as leaders of GPCC, can vouch for the sexual and moral integrity of Rev Ankrah, and therefore challenged Rev. Owusu Bempah to name or produce many girlfriends he claims the Apostle General is keeping.

He also asked Rev. Bempah to blame journalists and media houses who decided to post his picture alongside the Rev. Sam Korankye Ankrah’s teaching videos. He further asserted that that the allegations made against Rev. Sam Korankye Ankrah are false, and therefore the Apostle General has no hands at all in those posts and publications.