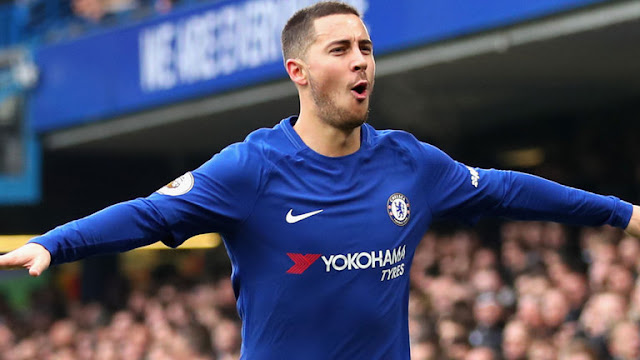 Chelsea face Arsenal on Saturday in what will be Maurizio Sarri’s first competitive home game in charge of the Blues.

The club’s new manager will be hoping to follow up his side’s 3-0 win over Huddersfield by beating the Gunners, who suffered a defeat to Manchester City in their Premier League opener.

Unai Emery is also new to English football but he has already faced Sarri in a pre-season match in Dublin, with north Londoners eventually winning on penalties after a 1-1 draw.

Chelsea have only one injury concern and that is Cesc Fabregas, who is a major doubt after suffering a knee injury against Arsenal in pre-season.

He is unlikely to face his former club after struggling through the 2-0 Community Shield defeat to Man City, while he also missed the Blues’ Premier League opener.

Tiemoue Bakayoko has left Chelsea to join AC Milan on loan, with a €35 million (£31m/$40m) option to buy available for the Italian giants.

Mateo Kovacic was left out of last week’s matchday squad after only signing three days before the away trip to Huddersfield, but Kepa Arrizabalaga played after his £71 million ($91m) move from Athletic Club.

PSV loan star Marco van Ginkel is back at Chelsea, but he has torn his anterior cruciate ligament and is unlikely to play any part this season.

Chelsea Suspensions
Chelsea have no suspensions to contend with after none were carried over from last season, while no players were sent off in the win over Huddersfield.

Chelsea will play in a 4-3-3 system as Sarri continues to implement his style of football on the the Blues squad. The new boss has been consistent in his team selections, even through pre-season, so there aren’t likely to be many changes from the team that won last weekend.
Eden Hazard could, however, be brought back into the starting XI, having only come off the bench last week due to a lack of match fitness.
The Belgian will likely replace Willian, with Pedro having impressed Sarri in recent weeks and having scored three times across pre-season and the opening league game. 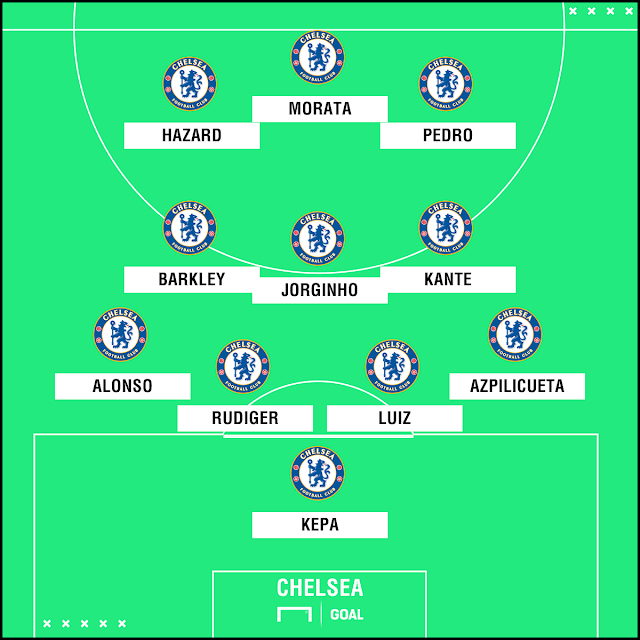 Arsenal are boosted by the return of Nacho Monreal who is coming back from a knee injury. Sead Kolasinac and Ainsley Maitland-Niles will both miss out, so Monreal may be thrown back in, despite having little match practice.
Emery could also play right-back Stephan Lichtsteiner on the left-hand side, while Laurent Koscielny’s achilles injury sees him on the long-term absentee list.