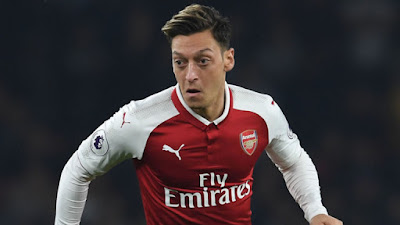 There is an episode of Malcolm Gladwell’s Revisionist History podcast called ‘My Little Hundred Million’. In it, he argues it is many times more beneficial for philanthropists to give money to smaller non-elite US universities rather than lavishing yet more money on elite institutions like Princeton.

It’s best to upgrade the weakest institutions in the education system than to fortify the strongest. To illustrate his point he contrasts two sports, basketball and football.

Basketball is a “strong link” sport in which the best players have a huge say in the outcome of individual games and championships.

Football, instead, is a “weak link” sport. That means outcomes are decided not always by the best players in a team but the weakest.

The university system is like football, according to Gladwell. It is the equivalent of a “weak link” sport.

Gladwell took his football idea from a book by Chris Anderson and David Sally called ‘The Numbers Game: Why Everything You Know About Football Is Wrong’.

The authors make the point that a football team is only as strong as its weakest link; that the weakest players have more of a say over a team’s chances of success than the stronger ones.

Their data revealed “that the relative strengths of both the best and 11th-best players are significantly and positively related to a club’s goal differential for the season and the points secured in each game.”

As an example, they state that upgrading your weakest player by 10 per cent could add as many as 13 points across a season. 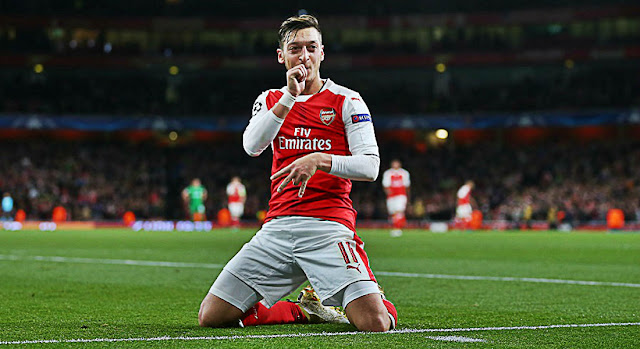 Real Madrid’s recent Champions League successes owed less to getting in superstars than it did to gradual improvements in key areas. Dani Carvajal and Casemiro are good examples. Madrid’s titles owed plenty to Cristiano Ronaldo but the key strengthening came in the weakest parts of the pitch and not the strongest.

Using that logic, it’s no wonder that Florentino Perez’s infamous ‘Zidanes and Pavones’ policy failed. There was too big a gap between the team’s top performers and the weakest ones.

It is probably more productive for a team to spend its budget on upgrading the various weaker elements around the squad than blowing it on one superstar. Paris St-Germain learned that last season. Signing Neymar for €222 million got them no closer to the Champions League title.

Football is a low-scoring game. It’s much more likely that a game will be decided by a mistake than by a moment of genius by the best player. Eliminate those mistakes and the chances of losing decrease.

It’s hard not to think of Arsenal in this context where their highest-earner and most successful player – Mesut Ozil – is singled out for criticism every single week.

He did not have a great game against Chelsea, admittedly, but football is a weak link sport. Its outcomes are determined less by the superstars than by the nearly men. Of the latter category, Arsenal have a preponderance.

Looking through their line-up against Chelsea, it was notable that very few on the team can come close to matching the talent and productivity of Ozil and Arsenal’s second-best player, Pierre-Emerick Aubameyang.

There is a definite mismatch between Ozil – who is a player good enough to win the World Cup – and anybody else in the squad.

Maybe if it were basketball and Ozil were Lebron James then he could have more of an influence in the outcome. Star basketball players see the ball a lot more, can cover distances much quicker and generally be more present and influential in the whole process. It is a strong link sport.

Because Ozil has the stellar reputation – not to mention high wages – he is expected to carry a disproportionate share of the load. His manager Unai Emery won favour with sections of Arsenal’s more cynical support in the pre-match press conference when he intimated that Ozil could work harder.

It wasn’t that explicit, however, and Emery made clear after the Chelsea game that he was happy with the German’s contributions. Indeed, Ozil returned to pre-season training a few days early and is widely respected within the squad.

“I am happy with Mesut,” the new manager said. “With him I am going to do the same work, help him and demand also that he works every day. At the moment he is doing that and I am happy. In the process, he is one player that I am sure is going to have a good season.”

The signs are encouraging. Alex Iwobi’s goal at Stamford Bridge illustrated well what could happen this season at Arsenal if Emery gets his message across. The Spaniard has a squad of uneven quality at his disposal and it’s up to him to make them all get better together.

A narrower spread of talent – instead of a more dramatic difference – is crucial in determining a team’s chances of success. A decent team who all have roughly the same level have a better chance of winning a game than an average team with one superstar. Which category would you place Arsenal in? 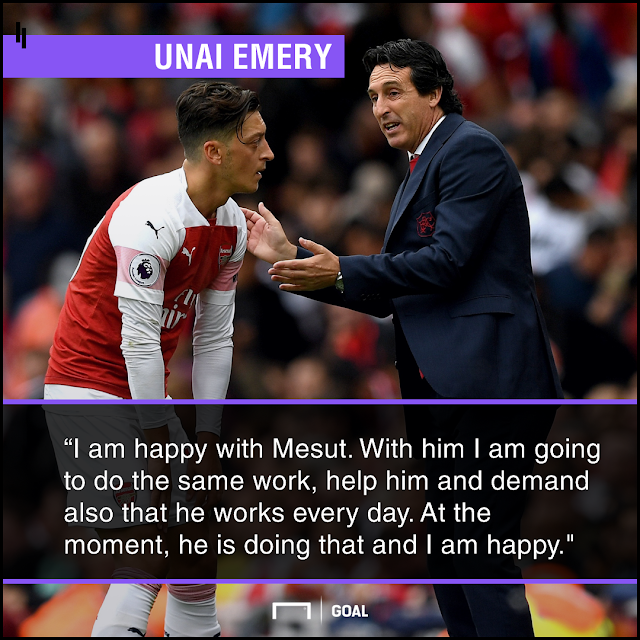 “It is better to have a team of all 70% players than it is to have a team where two players are 100%, the majority are 70s and then there is one bumbling 50% and one dreadful 30%,” Anderson and Sally concluded. “Strong links don’t win matches. Weak links lose them.”

That’s not to say the stronger players can’t do more. The likes of Ozil have got to promote a winning culture through their actions on the field and their dedication off it. Granted, there have never been many grumbles out of Arsenal about the latter. And, on it, he has been consistently one of the most productive players in the league.

Since he signed for Arsenal in September 2013, he has given the most Premier League assists (50) and created the most big chances (61). He is second only to David Silva in assists from open play (37 to 35).

He is second in most chances created to Christian Eriksen (480 to 478), although the Spurs man has played 29 more matches in that time. In the chances created from open play category, Ozil (353) is second only to Eden Hazard (410). Those numbers are all according to Opta Data.