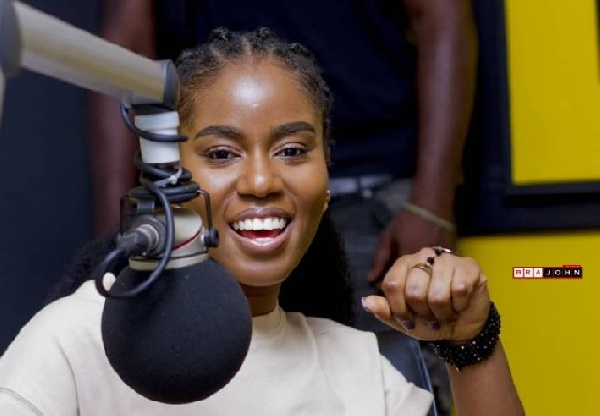 Instead of raising concerns about a decision to collaborate with foreign acts, fans should rather recognize the beauty of the songs and enjoy them to the fullest, MzVee has said.

The Ghanaian musician who featured Nigeria’s Yemi Alade on ‘Come and See My Moda’ in 2018, has featured another Nigerian, Tiwa Savage, on her latest record ‘Coming Home’. The song has garnered views on digital music platforms and has been on rotation on ever since it was released on October 8, 2021.

In an interview with Nana Romeo on Accra FM’s Ayekoo Ayekoo, MzVee responding to a question as to whether or not she has heard suggestions that she appears to be focusing more on international collaborations, said her focus will not be derailed over such assertions.

According to her, public opinion can be very bewildering.

“Ghanaians can confuse you so you have to be careful. Today, they’ll say Ghanaians are not collaborating, we’ve not seen them outside. They’ll make so much noise about it and make us feel like we are not doing the work. The minute you do it, they’re complaining”, she said.

“But you know the funny thing; I have four albums and over 95% of my songs are with Ghanaians. So maybe it’s because the one or two songs I do with foreigners really hit that’s why they’re saying that. But at the end of the day, just appreciate the music. It’s a good collaboration. It’s really going far… so don’t complain, enjoy it”, MzVee added.

Meanwhile, the musician has observed that of all her hits, ‘Come and See My Moda’ remains her greatest, Graphic Showbiz reports.

The newspaper quotes MzVee to have said that: “If you ask me what my greatest and favourite song is, I would go for Come and See My Moda and my second best is Sing My Name.

“These two songs did magic for me; when I look at my streams and downloads, these two songs still lead. None of my other songs have been able to bring me the income those two songs brought to me… Nigeria and other African countries really enjoyed Come and See My Moda. The response I had any time I performed the song made me aware that the song had travelled far”, she said.

Thanks for visiting Ghbestpromo.com to READ “Don’t complain about my foreign collaborations, enjoy them – MzVee”