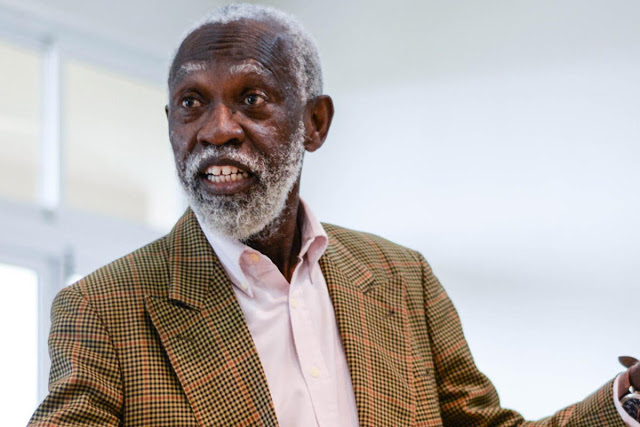 Professor Stephen Adei has justified government’s decision to introduce the double track system to manage the numbers that will be enrolled into various public SHS across the country but hints he has no intention of deploying same system in his privately-owned school.

Describing the brains behind the new system as very ingenious, Professor Adei noted that the system will allow more students get access into premier Senior High Schools in the country.

He patted the government on the back also because they took into consideration the several challenges the single track was fraught with ahead of the new academic calendar.

The dean of Arts and Social Sciences at the Ashesi University buttressed his defence of the move by the Akufo-Addo government by stating the perceived benefits the system will introduce including increase in contact hours, increased number of days spent in schools as well as availability of infrastructure for all students.

“This year if they had gotten them on the same single track, our children in dormitories will be like sardines, classroom like ‘tinapa’ and the rest so this double track allows you to split them into two so Achimota actually becomes two secondary schools, each with its sets of teachers. One goes for a semester go on holiday the other comes with the teacher for a semester and it’s been arranged that the contact hours will be 10% more, there will be 162 days instead of the normal 180 days they go to school, but then instead of starting at 8 they start at 7:30 am instead of closing at 2 they close at 3:30 pm. On the whole, you are going to have smaller classes, contact hours will be higher. I think that those who brought it were very ingenious”

On the subject of allowing private schools participation to run the Free SHS policy, Professor Adei considered government’s earlier position of zero-tolerance for private school inclusion into the programme as political but was quick to emphasise the decision to include them this year is reasonable.

Even though he is an advocate for the inclusion of private SHS’ into the FREE SHS initiative, the former GIMPA Rector cautioned government against opening it up for all private schools since some of them may not meet the requirements or have the facilities required to operate.

Professor Adei was reluctant in stating if his school, Ghana Christian International High School, will be included in this system or plan to introduce the system in the near future.

He explained that his school at the moment is full and has reached its maximum capacity, but he wouldn’t want to disturb the system he runs there.

Any attempt to change the system there will be resisted by the teachers Professor Adei was quick to add in rationalising his stance suggesting students should be sent to schools begging for students, not the ones that are already full.

“It is full. That’s what made it private. At this moment we have our three-term system we haven’t planned for this. We are opening school in three weeks. Along the way, we may see what we can do but I cannot disturb the system, actually, the teachers will not allow me but there are other private schools that are begging for students. Let us use them not the ones which are already full”

The founder of Ghana Christian High International High School clarified, “our concern is the moral education, the Christian and ethical (lifestyle) and the other side, that is what makes Ghana Christian the preferred school and now we have a challenge of how to accommodate those who want to come there because we don’t want to have a double stream.”