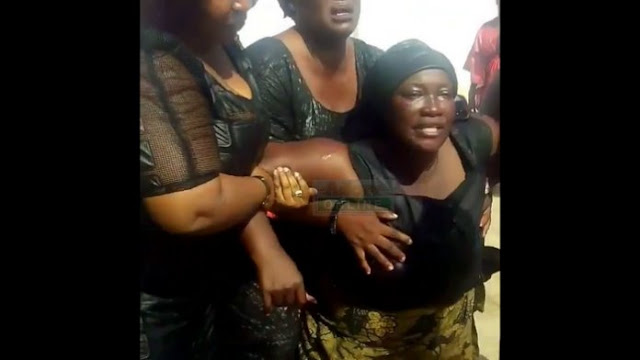 Mother of late dancehall musician, Ebony Reigns has appealed to prophets in the country to intercede when God reveals to them.

Elizabeth Oppong Martins bemoaned how some prophets are taking advantage of her daughter’s death for cheap popularity.

Since the sudden demise of controversial musician, Priscilla Opoku Kwarteng know in showbiz as Ebony in a gory accident on Thursday February 8, 2018, many prophets are jostling over who prophesied first.

While some claim they prophesied the death, others also said they contacted Ebony but she totally ignored them which explains why they could not intercede on her behalf.

“If I knew about this prophesy, I would have interceded on Ebony’s behalf because my wish was for her to live long”, she said.

Going forward, Madam Elizabeth Oppong urged prophets to contact musicians or their families if they saw an impending death.