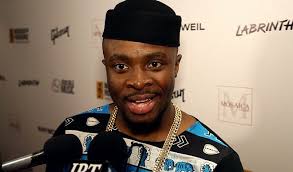 United Kingdom-based Ghanaian artiste, Fuse ODG is bent on using music and arts to re-orient the mentality of Africans on their identity.

The Grammy Award winner who recently released his ‘Bra Fie’ (Come Home) single that features Damian Marley, has disclosed that he is putting together a couple of projects to help make Africans proud of who they are.
Speaking on Citi TV on Thursday, the ‘Antenna’ singer said, in keeping with his objectives, he will be holding a concert on January 4, 2019.

The concert dubbed ‘Tina Fest’ [This is the new Africa] will display the rich African culture, including wearing Kente cloth.
On changing the negative narratives about black people he said: “We need to learn to unlearn some of the negative perceptions about Africa and being black.”

He further noted that perceptions about black race by people outside the African continent, are not appropriate.

“People still have funny perceptions about the black race and there is the need to fix this wrong thinking,” he said.

He has also launched black dolls which portray different African personalities and evoke the spirit of true Africanism.

The dolls which are based on historical stories of black women with amazing stories will also be available in school at Akosombo so the pupils would have the opportunity to play with them in their lessons.

These dolls are available at the various GAME shops in 2 weeks and online at http://newafricanation.com

He is noted for making the azonto dance very popular on the international music market.

Born in London and raised in Ghana, Fuse returned to London for his secondary education, where he attended the Archbishop Lanfranc School, Croydon. He grew up in Mitcham, South London.