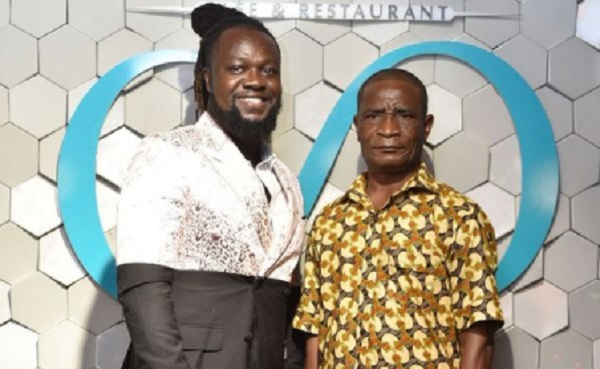 • Eddie Nartey has settled his difference with father

• The actor was abandoned at birth by his father

• Eddie Nartey said he was verbally molested by his father

Ghanaian actor and producer, Eddie Nartey has revealed that he is finally at peace after reconciling with his father.

In a previous interview, Eddie recalled how his father abandoned his mother when he found out she was pregnant with the actor.

According to him, his grandmother, the mother of his father, was kind enough to take him in and cater for his needs. He added that he “never had a relationship” with his father as he was never present in his life.

Speaking in an interview with Nkonkonsa.com earlier in February, he intimated that his father “molested him verbally.”

“My father didn’t accept the responsibility of the pregnancy, so it was more or less it’s not me or it’s my issue. But then my grandmother which is his mother came to accept everything on his behalf because he was the last child and he had senior brothers who had gone to the University and everything, and perhaps he was the stubborn one and he had gone to get a girl pregnant. So, [yo] it’s not me; you get what I’m saying. So, we never had that relationship. I grew up with mum and all of that and I have had terrible experiences with him physically, [you know] things that he told me as a kid and all of that were not pleasant,” he said.

But in a recent post sighted by GhanaWeb, Eddie after 20 years of bad blood has finally reconciled with his biological father. This reunion was on his birthday.

“After over 20 years, myself and the old boy smoked the peace pipe. I’m so at peace with myself. Still in my birthday mood. #Birthday#CelebratingEN#BirthdayMood,” he captioned an image of him standing next to his father. 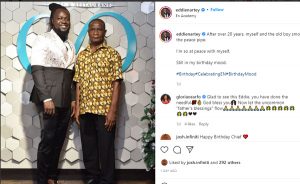 Thanks for visiting Ghbestpromo.com to READ “Eddie Nartey reconciles with Father after 20 years“