Ghana’s Problems Far From Over – Rosemond Brown Ventures Into Music 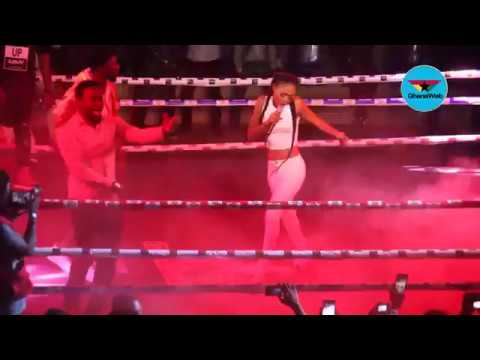 Controversial actress, Rosemond Brown popularly known in showbiz as Akuapem Polo has added another twist to her acting career.

The actress who is notoriously known for her comments on everything that happens in the creative arts industry has ventured into music.

Explaining the reason for the shift, she said “I am known for my surprises, I do not stick to one thing, I am versatile, and I’m a video vixen, an actress, a comedienne and now a musician”.

According to her, the decision was not too difficult because of her association with Tic Tac who is known to be a legendary musician.

“I tasted the waters with this single and I have realized that my fans are responding to it positively and so they should watch out for more” she said.

Akuapem Polo performed alongside Tic at the 2018 ‘I am Tic concert” in Accra.