Head Office Of Surfline Closed By GRA Due To Unpaid Taxes 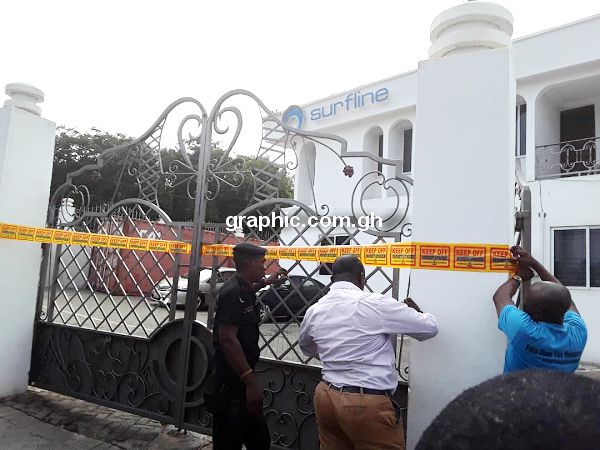 The Debt and Management Enforcement Unit of the Ghana Revenue Authority has closed the head office of internet service provider Surfline in Accra for defaulting in tax payment.

The GRA embarked on the exercise in the Greater Accra region to retrieve taxes owed government.


Explaining the reasons behind the action, Acting Assistant Commissioner at the Communications and Public Affairs Department of the GRA, Bobbie Ansah announced that Surfline owes taxes amounting to over 37 million Ghana cedis.

Bobbie Ansah said the company has been given 10 days to start making payment or face further action which could include a civil suit.

“Surfline owes more than thirty seven million cedis in taxes, these taxes have accrued since 2015 and seeing that they do not have any available money to make payment we have locked up the company,” he said.

“We are giving them ten days to come up with a payment plan, if they are not able to pay by then, we will take the next line of action” he added.

On his part, the Chief Revenue Officer at the GRA, Wisdom Xetor disclosed that the authority will have no option but to sell off some assets of defrauding company.

“If after ten days the company has not been able to make any form of payment one of the options will be to sell off some of their assets,” he stressed.

The company has however promised to visit the offices of the GRA to deliberate on a payment plan.

This is not the first time the GRA has attempted to lock up the offices of Glo this year.