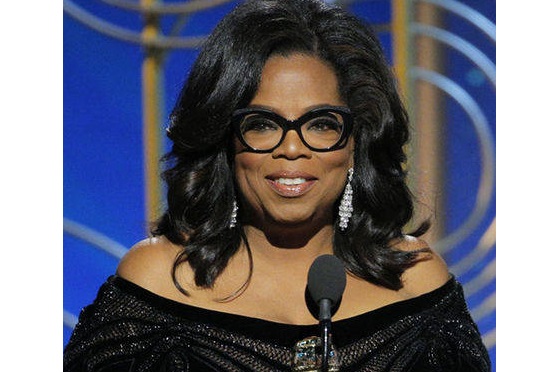 Oprah Winfrey spoke directly to the people this weekend while continuing to further discussion about sexual assault and harassment of women.

At last Sunday’s 2018 Golden Globes, the TV legend and philanthropist received the prestigious Cecil B. DeMille award and gave an inspiring speech in which she spoke out against sexual misconduct and promoted female empowerment and the Time’s Up Legal Defense Fund to help victims. She received three standing ovations, dominated social media discourse and even spurred many to call on her to run for president.

Winfrey recently interviewed female Hollywood stars such as her A Wrinkle in Time co-star Reese Witherspoon, America Ferrera and Natalie Portman for CBS Sunday Morning, in which she serves as a special contributor. She promoted the interview on Saturday on her Instagram page, which turned into an open forum.

“Do you realize that ‘normal’ women cannot always speak up out of fear for their jobs and even their lives,” a user wrote to her in the comments. “When you are trapped financially you sometimes have to find a way to deal with abuse because to not deal with it can leave you without a job, home, family. I wish I could believe #TimesUp but in my world it will never end.”

“I GET it. I hear you,” Winfrey replied. “And was speaking to you last Sunday when I said.. ‘gratitude to the women who have endured because they had children to feed and dreams to pursue.’ You do what you can to make your life work. I was harassed for years in my 20’s and said nothing because I KNEW for SURE I would have been not only fired, but blackballed in the news business. I also knew I won’t be here taking this ___ forever. Hold on. Hang in. Do what you need to do to set yourself FREE!”