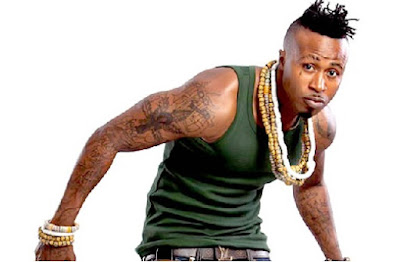 Few hours after he posted on Facebook that he felt like slapping somebody, Promzy Afrika has issued a stern warning to dance hall king Shatta Wale.

The former VIP member has warned Shatta Wale to be careful about what he says about Nima, the ‘hometown’ of Promzy and the VIP group.

“Now u watch how talk about nima son,i dnt hate u but i can cripple u easy,kumordgie n abass they my boys.respect the hood son am in gh now fuck around lets play .i will sshow u am your boss,” he posted on Facebook.

Shatta Wale who for some time now has professed his fondness for Nima, has come under ‘attack’ from the VIP group who for a long time have been the face of Nima; a placed they have lived for many years.

In October, 2017, the ‘Dancehall King’, during his birthday celebration had a party on the streets of Nima in Accra with the market women, fans, children, aged, people living on the streets and all that were concerned.

While some have detested his claim to Nima, he has been hailed by others as the King of Nima, an accolade which VIP think is theirs.