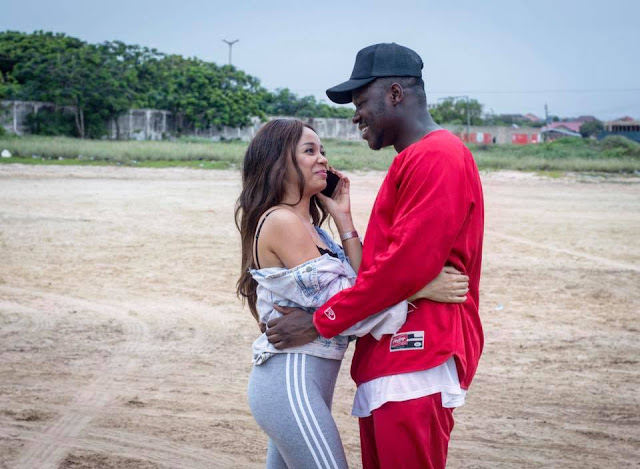 Rumours were rife that Tema-based rapper Medikal, had left his girlfriend of many years, Deborah Vanessa, for another girl.

This new girl is no other person that actress Fella Makafui who seems to be in the news in recent times.


When the news first broke out about their love affair, Medikal debunked it saying that Fella was his small girl.

According to Medikal, he knew Fella way back before she became popular through the popular You Only Live Once (YOLO) television series.

However, it has been gathered that the two are in a serious relationship now, and have often shared photos of themselves together referring to each other as “BESTIE”.

Against this background, Deborah Vanessa has confirmed the rumours and reports, indicating that she is no longer in a relationship.

She made this revelation when responding to a question posed to her by a fan.

The fan, with the username nuella_ann_xx, had commented on a photo Deborah Vanessa shared on social media which had her showing her nakedness.

So neulla, in a bid to tease Deborah, wrote that now that she was single, she had started sharing nude photos on social media.

nuella_ann_xx: “Now that you are single u are coming to post stuff like this again people are funny.”

To this, Sister Derby responded by saying that she had always posted nude photos even when she was in a relationship.

sisterdeborah: “@nuella_ann_xx I posted nudes when in a relationship. Where were you?”

By saying “I posted nudes when in a relationship, where were you?”

Deborah Vanessa made it clear that currently, she is no longer in a relationship.

While they were still dating, Deborah Vanessa expressed her desire to get married to Medikal soon.

According to her, even though she is older than the ‘Too Risky’ singer, he was more mature and smarter than her which makes her love him very much.

Meanwhile, Medikal is said to have chosen Fella over Sister Derby because of Fella’s physique and his difference with Deborah Vanessa.