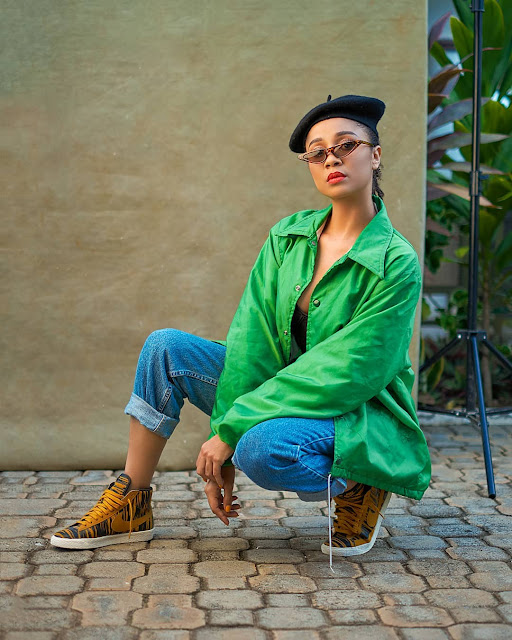 Oops … did Sister Derby just call Medikal and Fella Makafui cockroaches? My o my, this doesn’t seem like an amicable separation at all.

The fashion muse dropped a hot new single and we can’t help but make out the similarities in her song with her real-life relationship situation.

It is believed that this song is a reply to Medikal’s track ‘Ah, Wada’ which disses the musician.

But for one the song is very interesting because of some detailed revelations the ‘Uncle Obama’ hitmaker uncovers. One of such is insinuating that Medikal saved Fella’s name as ‘carpenter’ when he was still dating her.

She also talked about betrayal and how addictive it can get.

Sister Derby referred to them as cockroaches because they were always hiding in dark corners.

She also reminded Fella Makafui about the existence of Karma. Her final piece of advice was that they respect themselves.