The Winners And Losers Of EPL Summer Transfer Window 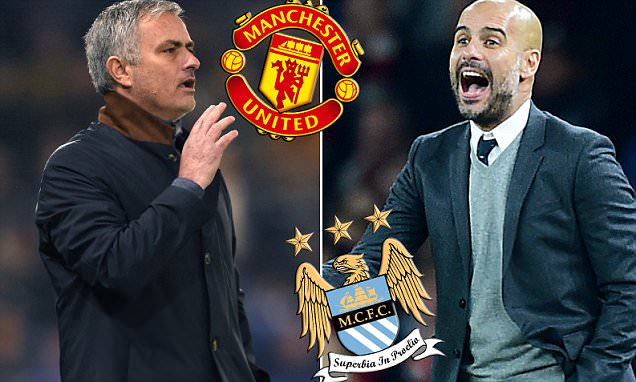 Jose Mourinho is clearly unhappy with his club’s business this summer, but who else will be crying and who will be smiling now the window is closed.

Thibaut Courtois left Chelsea high and dry with his refusal to return and play for the club this season. That boycott meant the deposed Premier League champions were forced to go into the market for an inferior goalkeeper in Kepa Arrizabalaga at a much higher price than they would have liked.

It smacks of bad planning at Stamford Bridge considering they must have known for some time that Courtois was intent on moving to Madrid come hell or high water. It’s been well publicised that the Belgian No. 1 wanted to move back to the Spanish capital in order to be closer to his young family and the 26-year-old has got his way.

Player power has grown to exponential levels and with Courtois out of contract next summer there was little Chelsea could do to deny him his wish. It’s not the first time Courtois has gone on strike having done similar to get away from Genk in order to move to Chelsea in the first place in 2011. But it also means Real Madrid have upgraded massively in the goalkeeping stakes now that they’ve found a replacement for Keylor Navas.

Courtois for his part joins the European champions and will have Champions League football again next season. It’s a bitter blow for Chelsea but Courtois will be delighted.

The last thing Manchester United needed on the eve of the new season was a transfer standoff with World Cup superstar Paul Pogba but that’s exactly what they’ve got following Jose Mourinho’s thinly-veiled criticism at the midfielder following his trophy win in Russia.

The news that the Frenchman is now demanding a payrise of £200,000 to stay at Old Trafford amid links to Barcelona came at a time when United fans were already deeply pessimistic about the season ahead. And now they have to worry about their biggest player moving to La Liga.

Alexis Sanchez’s ill-advised transfer in January means Jose Mourinho quite simply cannot splash much more money this summer having spent around £430m in his two years in charge so far.

He has been chasing centre backs like Toby Alderweired, Jerome Boateng, Yerry Mina and Harry Maguire to no avail. While midfielder Fred and right back Diogo Dalot have been recruited, there are simply too many holes in the United squad for them to kick on successfully this season.

Worse still, Mourinho has upset not only Pogba but also Anthony Martial, who he wanted rushed back after the birth of his child, and Antonio Valencia who he accused of being out of condition in preseason.

He has also reportedly been demanding United’s World Cup stars come back early from their holidays and was audibly unhappy at having to blood young players in the first team during the American tour.

Last season ended in the most heart-breaking fashion for Liverpool, being beaten by Real Madrid in the Champions League final. But a summer overhaul will have given fans reason for optimism ahead of the new term.

Loris Karius has taken plenty of criticism for a string of high-profile errors but Brazil’s No. 1 Allison Becker should provide a much more reliable figure in goal from now on.

The midfield has been altered drastically with Emre Can departing on a free to Juventus and Naby Keita and Fabinho arriving instead. Those two should give Liverpool better control and dynamism through the centre of the pitch.

Xherdan Shaqiri meanwhile will provide plenty of cover in the attacking midfield positions as well as up front; a high-class replacement that Jurgen Klopp had to do without last term.

Mohamed Salah – after a record-breaking campaign – has not only been retained but has signed a new contract making it more unlikely than ever that a predator like Real Madrid should swoop in and take him away.

All in all Klopp has had a dream summer which leaves the Reds best placed to challenge Manchester City this season.

Losers: Totteham Hotspurs
No matter what way you dress it up, Tottenham’s transfer window has been an unmitigated failure. While the new contract for Harry Kane makes the future of their best player more secure, Mauricio Pochettino has been left frustrated at every turn in his pursuit of added quality.
Pochettino has been forced to concede to the press that three or four signings have slipped away this summer with his side scarcely better off this summer than they were last. The likes of Anthony Martial, Lewis Cook and Wilfried Zaha have all been linked with Spurs but not one of them has come in.
Pochettino and his backroom team did not renew their contracts only for the club to stagnate. Instead of capitalising on any optimism generated by the last few seasons’ progress – as well as their new stadium – Spurs are at a standstill.
Winners: Wolves
Wolverhampton Wanderers are a club utterly transformed in the two years since their new owners Fosun took over. They were convincing winners of the Championship last season with landmark arrival Ruben Neves helping them back to the Premier League for the first time since 2012.


And the investment has continued apace meaning Wolves are planning to stay for the long term. Impressive loan signings like Leo Bonatini, Willy Boly and Diogo Jota have been added on a permanent basis and two European champions in the shape of Rui Patricio and Joao Moutinho have been recruited with the assistance of Jorge Mendes.

Portuguese under-21 international Ruben Vinagre and Atletico Madrid left-sider Jonny Castro have also been signed. The acquisition of Mexico forward Raul Jimenez is a shrewd piece of business as is the signing of dribbler extraordinaire Adama Traore from Middlesbrough.
There is every chance that Nuno Espirito Santo’s side will be finishing in the top half of the Premier League table.
Losers: Manchester City
Manchester City look well prepared for another Premier League title. Their Community Shield victory over Chelsea was as stylish as it was serene. Even without Raheem Sterling, David Silva and Kevin De Bruyne – arguably their three best players last season – Pep Guardiola’s team had too much for Maurizio Sarri’s ragtag outfit.
There is no doubt that City have the strongest team in the league and the best manager. However, they could have done with one or two more new faces to keep their stars on their toes and increase Pep’s options.
Record signing Riyad Mahrez will give competition for places but is not the kind of signing to transform an already top-class team. It’s well-documented that City were looking for another midfielder in the profile of Jorginho but like Alexis Sanchez and Fred he opted to move elsewhere.
Links with Julian Weigl, Marco Verratti, Mateo Kovacic, Thiago Alcantara and Miralem Pjanic similarly came to nothing. So City do not have those top level signings like Kyle Walker, Benjamin Mendy and Ederson a year ago.
Those players came in and made a huge difference but Guardiola will not get that boost this time around. While the squad he has – injury-free – should be more than enough to retain the title, he might feel one or two more world class players around the place would have put them in contention for not only domestic honours but European ones too.