Transport Fares Are Killing Us – Traders Cry Out 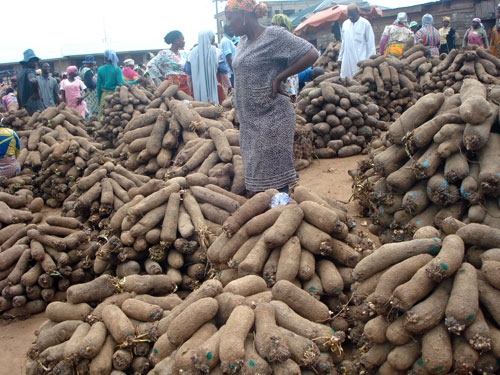 Some traders at the Mallam-Atta market in Accra have corroborated the position of the Agric. Minister to the effect that prices of food has become relatively cheaper in the country within the last two years.

The Minister says the agricultural sector has been given a huge boost due to the implementation of the Planting for Food and Jobs programme by the Nana Addo government.

Dr. Owusu Afriyie Akoto, said his team has been tracking the retail and wholesale prices of foodstuffs in the various market across the country and have gathered that food prices has reached a high time low, thanks to the implementation of the planting for food policy.

“Food has never been so cheap in Ghana for so many years, we have facts and network data of prices from years before we initiated planting for food and jobs and we have been tracking both the retail and wholesale prices in the market for some time, we can confidently say food is now very cheap in Ghana,” Dr. Akoto told Accra-based Asempa FM.

Read Also: US$40 Million approved by World Bank in support of Tourism in Ghana

He also added that, between January and September this year, Ghana recorded an increase in local maize production which ensured that the country imported no maize.

He further mention that plans are underway in ensuring that government halt the import of rice which cost the nation some billion dollars by giving a special attention to the rice sector.

“We import about a billion dollars of rice into the country and we are determined that within the next four to five years, that should come to an end because we need that foreign exchange to develop our country” he said.

However, some traders who spoke to Kasapa News said foodstuffs are less expensive in rural areas but when transported to Accra the prices shoot up because of transport fares.

Others also said they have to reduce the prices because the food may go waste if they don’t want to run at a total lost.

“There are a lot of food in the rural areas but the transport fare is too much so when it gets here it becomes expensive” Beatrice a trader at the Mallam-Atta market said.