Young Thug Pleads To Judge For Mercy From Jail Time 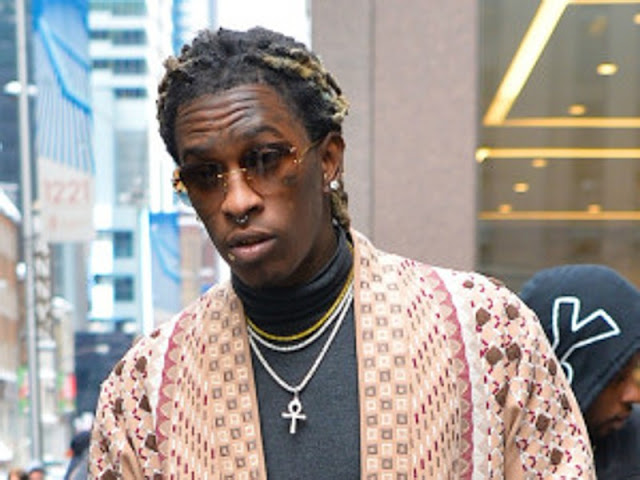 Six days after being put back in jail for failing a court-mandated drug test at the time of his arraignment hearing, Young Thug issues an impassioned plea for freedom while standing in front of a DeKalb County judge for a restitution hearing earlier today (Nov. 14).


In a video posted by local Atlanta news station 11 Alive, Thugger apologizes for violating the terms of his probation before explaining that he wants to set a good example for his kids.

“Over the last six days, I understood this is real life,” said Thug, born name Jeffery Williams. “I have two sons, ages 10 and 11. I don’t want them to think that going to jail – even if you can get out right aways—cool. I want to grow, and I have grown. I’ve made mistakes and I’ve been penalized for them. I’m sorry, and won’t disobey again.”

Thug’s latest string of legal trouble began when he was arrested for drug charges back in September 2017. At the time, he was pulled over for having tinted windows. It was then that police found guns and over 2.5 ounces of weed in his car. One year later, Thugger was hit with eight felonies, including myriad charges of possession and intent to distribute meth, hydrocodone and weed.
11 Alive and several other outlets have reported that the On the Run artist has actually been released from jail, but the DeKalb County Sheriff’s Office told XXL that Thugger hasn’t yet been released.
XXL has also spoken to the DeKalb County Courthouse to address the matter, and they said the rapper’s $100,000 bond has been re-instated and that he’s free to come home, though he hasn’t necessarily been freed yet. They say he could be on his way back to jail from court and get released as soon as he is processed.