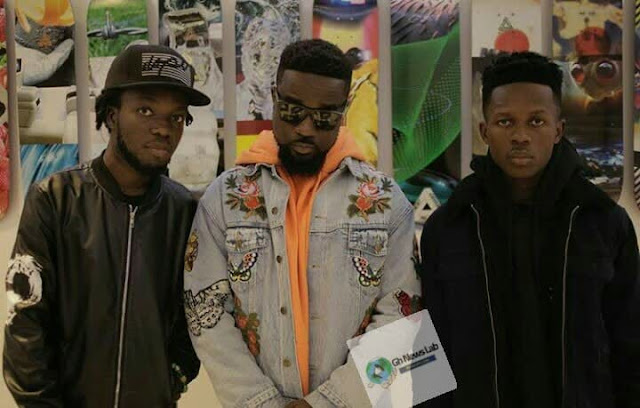 Renowned music producer, Mark Okraku Mantey in the public’s eye seems to be a monster in Sarkodie’s career dreams, following their banter back and forth across media platforms with Mark’s undiluted criticisms to the self-named Tema Tupac.

According to Mark in debunking suspicions that he is “anti-sark” and deliberately attempts to throw dust on Sarkodie’s success, he says he actually wishes Sarkodie well and King Sark is much aware of that.

In fact, Sarkodie can be said to be Ghana’s biggest artiste at the moment. He has built a well organized brand over the past few years. Anyone would be marveled about his success story.

His label, SarkCess Music has signed two of the most promising musical talents in Ghana in Strongman and Akwaboah. These two musicians have featured on quite a number of Sarkodie’s songs. He did this as he was trying to ‘groom’ them for the task ahead.

However, the Slip Music CEO, Mark Okraku Mantey is of the view that Sarkodie who’s the boss of SarkCess Music isn’t grooming his signees (Akwaboah & Strongman) as expected. To him, Sarkodie’s signees are both tight in their chosen profession so it’s difficult to figure out his influence on them.

“Sarkodie Has No Excuse To Tell Us That He Is Grooming Strongman And Akwaboah Because They Are Both Tight”, Mark Okraku Mantey Said In His Recent Submission On Hitz FM.

Like earlier said, Sarkodie has in his camp two most promising musicians on his label but some Ghanaians not excluding Mark Okraku Mantey are of the view that the progress of Strongman and Akwaboah in Ghana music industry have been slow.