2017 Most Searched Songs In Ghana On Google 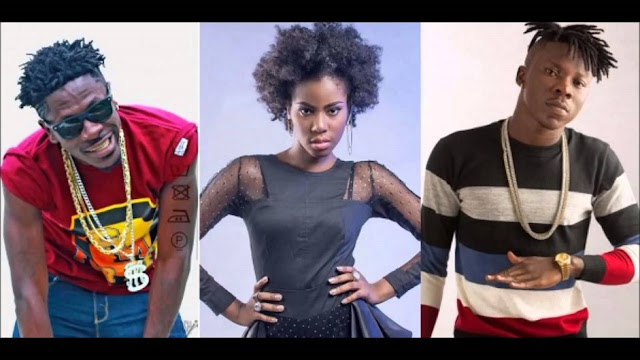 2017 Most Searched Songs In Ghana On Google

The year 2017 has some few days more for the world to say goodbye to it but before we take a leave of it, let’s get to know some of the most searched songs on Google.

The world’s most popular search engine has announced ten Ghanaian tunes which were mostly googled in its recent Google Trends list for 2017. On the list of the most searched songs for 2017 in Ghana, Shatta Wale topped with his hit song, Taking Over which features the Militants.

Nigerian superstar Davido took the second, third and tenth positions on the list with his songs “Fall”, “If” and “Fia” respectively. Other songs which made it on the list include Patapaa’s ‘One Corner’, ‘Odo’ by Kidi, Mad Over You by Runtown and many others.

Shatta Wale who topped the list had two other songs appearing on the list. His songs, Ayoo and Forgetti were positioned at fourth and seventh respectively on the list.

Surprisingly, none of Ebony’s hit songs she released in the year made it to the list. Stonebwoy and Sarkodie were missing on the list as well.

Ghnewslab.com after going through the list did not find any gospel song.