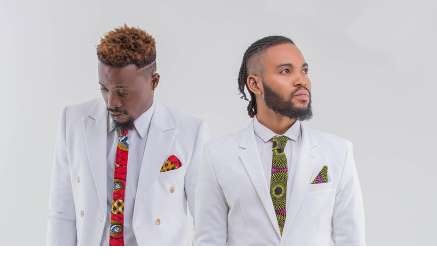 The C.E.O of “Harbour City Records” Gideon, who just decided to stop managing the group Gallaxy in an interview with Doctar Cann host of showbizxtra on happy 98.9FM, have also defended him self, I wasn’t having the intention to come into the music industry, it was an underground artist that made me joined the industry. In the beginning I had no Idea in the music business, but because of the pressure they were giving me, I decided to help them.

I worked with them close to six (6) years and averagely I have spent over five hundred thousand Ghana cedis (500) in the entertainment industry. I was so busy that, I even brought some industry personal to help them, but they were not thinking about it as business, which they can profit from, they were rather thinking about their pocket.

I decided to continue with the business despite the loses I have made. When asked by the host Doctar Cann why he decided not to renew the contract, he indicated that, I decided not to work with them again because certain things were going wrong, so when the contract ended I told them that I can’t continue again.

And again, I lent they said something that “Harbors City Records was lacking business strategies and Ideas” fine, they think I’m not a business minded person, when I saw Gallaxy, I was working before they came, I will accept the fact, if they made it clear that I was not in business or my business has collapse , then I’ll know that, I’m not a business minded person. We started with so many people but today, where are they? Yet still Gallaxy is in the game.

I didn’t think about the loses, this shows that I’m a business minded person. And they even brought someone whom they said he is an expect, so I gave him seven thousand Ghana Cedis and the next day he came telling me that, armed robbers attacked him, so the seven thousand is gone and yet l tried to push them to where they are today.

When asked about the controversy surrounding the royalties of gallaxy , he stated,as for their royalties, YouTube, caller ringtones etc they brought in a guy called Johnila ,he was the one in charge of all those things, so if they want any answers they should ask him.

My advice to anybody who wants to come into the industry and that person will be expecting an early income, shouldn’t attempt coming into the industry, but if you are going to grow this business for future references I will say, that person should come , and again , anybody who doesn’t have any other business or any side business should never be encouraged to put his money in this business, because if you do, you will lose it all.