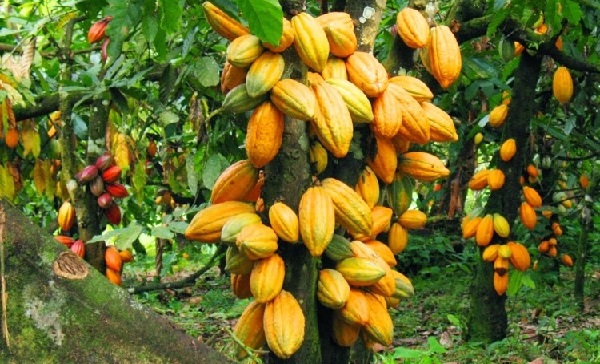 President of the Ghana National Association of Cocoa Farmers, Stevenson Anane Boateng, has announced that members of the association will boycott the upcoming Farmers’ Day celebrations slated for Friday December 3, 2021.

The intended boycott follows the association’s protest over the implementation of the cocoa farmers’ pension scheme.

According to the president, “we are going to demonstrate, and from the beginning of December, our foodstuffs we produce from our farms will never move from our farm gates to the market…and also on Farmers’ Day, we will not attend the programme.”

He made these remarks while addressing a news conference in Kumasi regarding the pensions scheme.

Stevenson Anane Boateng noted that beyond the Farmers’ Day boycott, the association will not sell their cocoa produce to government as part of their December 1, 2021 protest.

The farmers, who are dissatisfied with the implementation of the pensions scheme for cocoa farmers, quizzed the composition of the board used by the Ghana Cocoa Board to carry out the programme.

The scheme is expected to cushion some 1.5 million cocoa farmers across the country with some moderate retirement packages however, its implementation has raised concerns among beneficiaries.

The scheme, which was piloted in October 2020 at New Edubiase in the Ashanti Region, was launched by President Akufo-Addo in December 2020.

According to President Akufo-Addo, “the Pension Scheme will enable cocoa farmers to make voluntary contributions towards their retirement, whilst COCOBOD makes a supplementary contribution on behalf of the farmers as well.”

In recognition of their hard work, the Ghana Cocoa Board (COCOBOD) was mandated, under Section twenty-six (26) of the COCOBOD Law, 1984 (PNDC L.81), to establish a Contributory Insurance Scheme for Cocoa Farmers within the framework of the Social Security Scheme, so that they could also enjoy a well-deserved pension, upon retirement.  – source: Desvid

Thanks for visiting Ghbestpromo.com to READ “Cocoa farmers to boycott 2021 Farmers’ Day celebration“